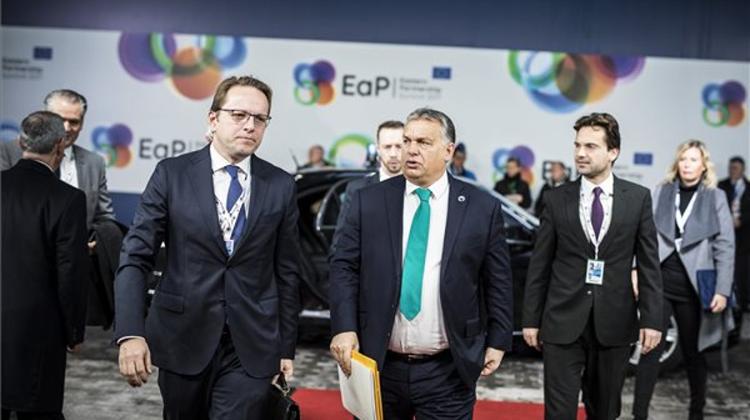 Prime Minister Viktor Orbán left for Brussels to participate in the fifth summit meeting of the European Union’s Eastern Partnership, the head of his press office told MTI. The event will give an opportunity for Orban to hold further consultations about Ukraine’s new education law, which harshly restricts minority rights, Bertalan Havasi said.

On Sunday, Chinese Prime Minister Li Keqiang will arrive in Budapest to attend the CEEC (central and eastern European countries)-China (16+1) summit on Monday.