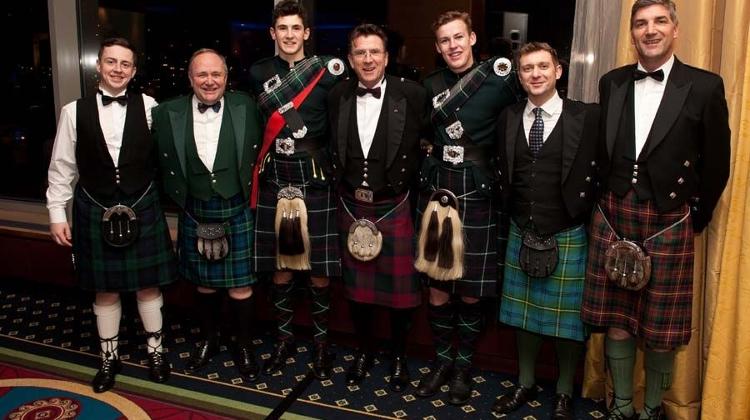 The St Andrew's Ball is now an established Scottish entry into the year’s social calendar - thanks to lots of hard work by the St Andrew's Association team, it's becoming a well-oiled machine. Held at the Budapest Marriott Hotel last Saturday, in the main ballroom this year, it was a 'full house' expat community event. 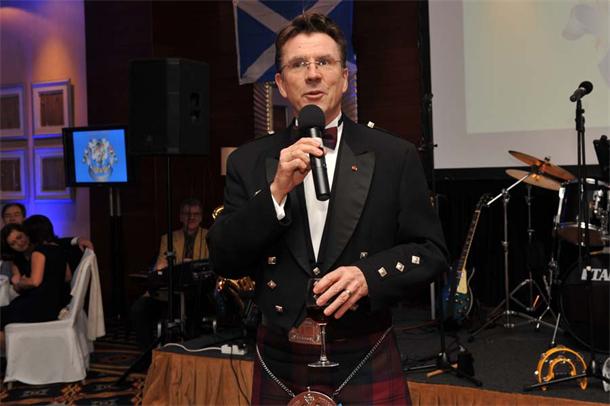 In attendance again was Her Majesty’s Ambassador Iain Lindsay OBE (pictured above), who added his charm to proceedings, both in Scottish and Hungarian, as well as an amazing auction prize once more. Afterwards he told XpatLoop:

"What a magnificent evening! We celebrated St Andrew’s Day in Scottish style, with dancing, piping and a splendid array of tartans. And while enjoying ourselves, we raised a lot of money for very worthy Hungarian charitable causes. Hat’s off to Duncan Graham and the St Andrew’s Association!” 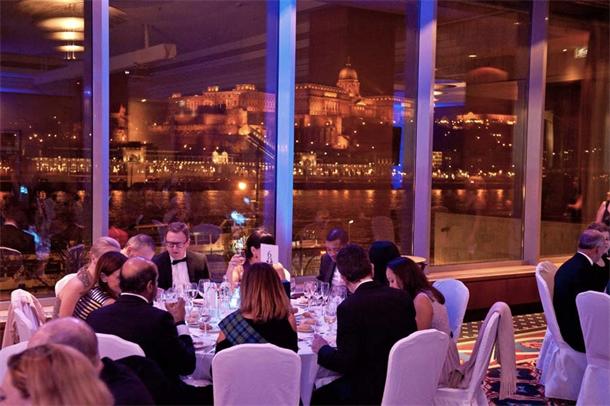 Also as in 2016 there was plenty of wine, beer, and whisky of course, to go along with the gala dinner at the Marriott, to get things moving in the right direction. 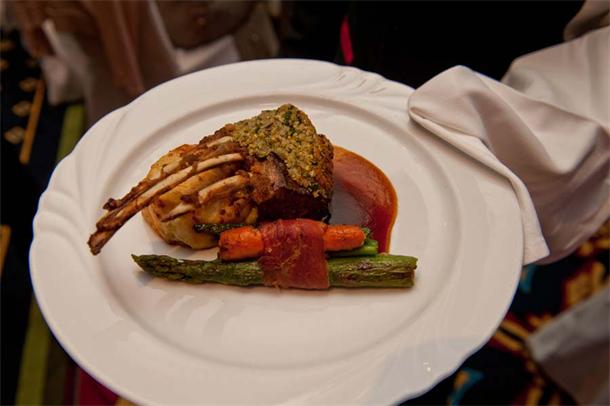 To raise the tempo a little more, there was a raffle and live auction with all proceeds from that part of the event going to charity, HUF 2.6M in total was donated - in large part due to the auctioneering skills of Patrick McMenamin (pictured below). 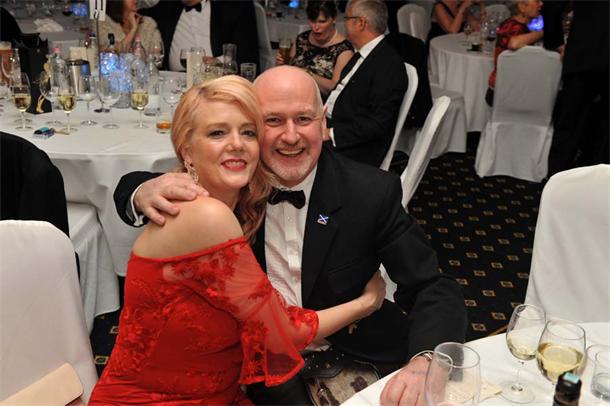 The evening moved up another notch next with some traditional Ceilidh dancing, with the dancefloor packing faster than you could say ”It's a braw bricht moonlicht nicht the nicht the noo!” (It's a lovely moonlit night tonight now!). 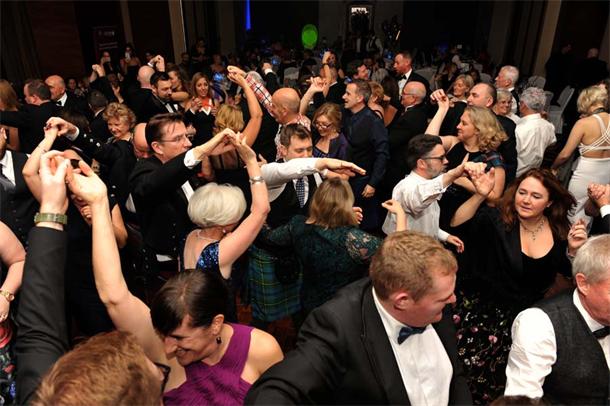 Another star of the event was Morag Patterson, just like in 2016 she performed the 'Highland Sword Dance' to the delight of event guests. 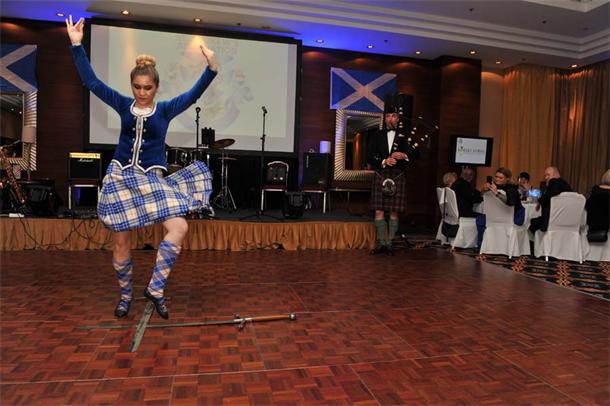 Morag was accompanied by Pipe Major Gray and Pipers from The Edinburgh Academy, brought to Budapest by the first President of the newly formed St Andrew’s Association, Duncan Graham (pic below). 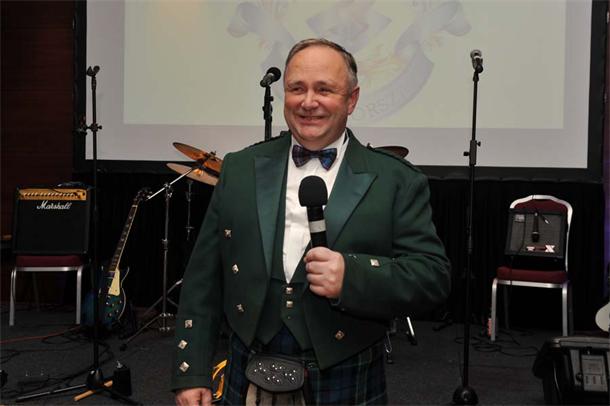 Duncan told XpatLoop:
"It was great to have Piper Major Michael Gray MBE, with students Cameron Turner and Archie MacPherson, who piped our guests into the hotel then continued to perform superbly during the early part of the evening. An outstanding contribution." 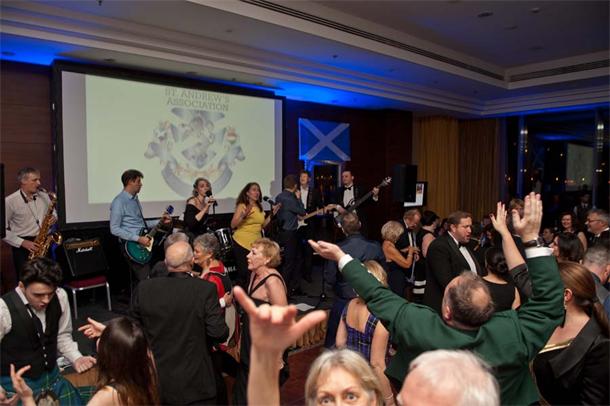 Local band ‘Babel Rock’, sponsored by Clarke and White Real Estate, kept the dancefloor full until way past midnight, to round off an excellent evening’s entertainment. 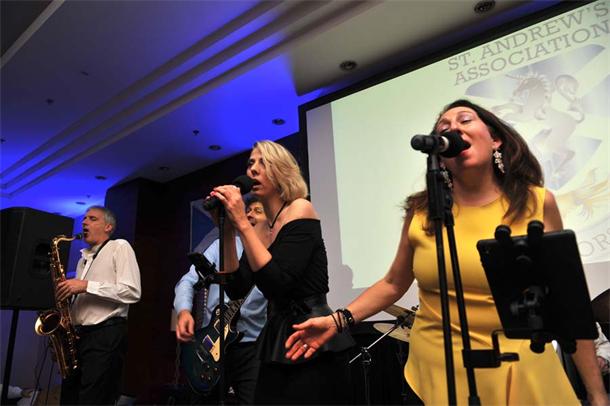 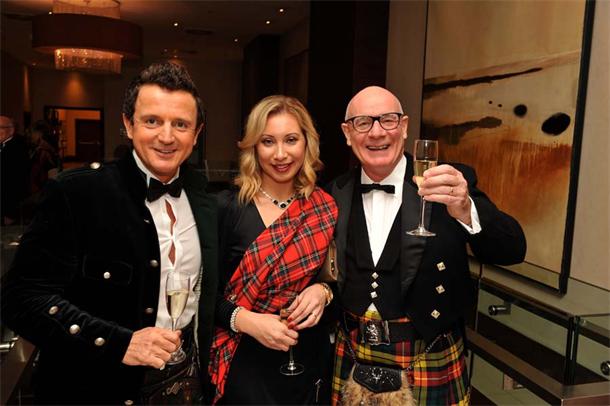 So much fun and it’s not even Christmas yet! Stay tuned to this portal for more community event reports over the festive season.