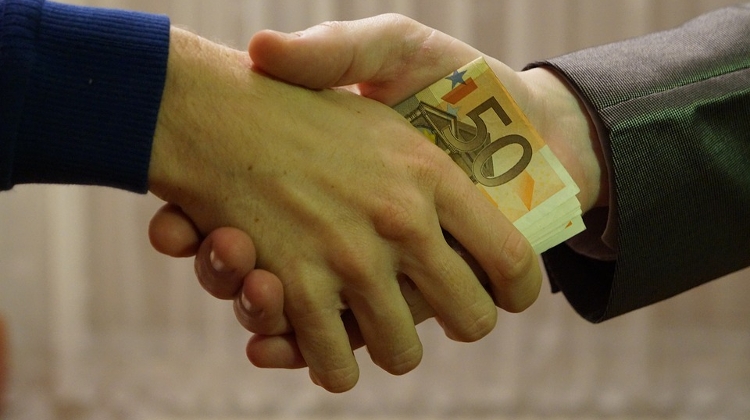 Commentators try to make sense of a welter of accusations which appear to be central to the political campaigns ahead of the 8 April general election.

Most tend to believe that the charges, albeit often politically motivated, are basically not untrue.

In Hetek, Gábor Gavra dismisses the defence of those personalities who say the charges levelled against them are politically motivated.

One is Péter Juhász, Együtt’s most active politician, who has admitted to a scuffle with his estranged wife, while the Prime Minister’s son-in-law, István Tiborcz is under investigation by the EU anti-corruption agency OLAF over serious irregularities in tenders for street-lighting in several cities at the company where he was CEO for four years.

Both sides dismiss the allegations against them as examples of negative campaigning, but Gavra welcomes the fact that such matters are brought into the open. Electoral campaigns and democratic competition in general would have no sense if public figures didn’t have to fear that their murky dealings may be exposed, he explains.

Magyar Narancs assumes the guilt of the son-in-law of the Prime Minister.

In their weekly lead article, the editors don’t exclude the possibility that the OLAF report was published at the start of the electoral campaign in Hungary because the European Union wants to send a signal – ‘enough is enough and from now on we are going to target the top’.

If that explanation is true, they continue, the Prime Minister will have his elbow room in international politics limited if he wins another mandate.

Alternatively, the EU appears to feel powerless against Mr Orbán, they muse, and they might have chosen to place a well-judged weapon into the hands of those who are actually able to defeat him.

They believe the story about Péter Juhász’s marital violence was launched by the government side to counter the corruption charge concerning the street lighting tenders.

Nevertheless, they argue that Péter Juhász’s political career is over and he would be a sure loser in Budapest’s fifth district where he is running on an anticorruption ticket.

His party, Magyar Narancs suggests, should immediately withdraw his candidacy and the opposition forces should stand behind the Momentum leader András Fekete-Győr, the best-known opposition candidate in that constituency, they conclude.

In 168 óra, Dóra Ónody Molnár is certain that the corruption charge mentioned in the OLAF report will stand, but she argues that the Prime Minister should have prevented his son-in-law from winning such tenders even if there were no unfair dealings behind the matter.

She is sceptical about the outcome of the enquiry launched by Hungary’s prosecutors, but in any case, she expects no result any time soon, let alone before the elections.

In his weekly editorial in Heti Válasz, Gábor Borókai recalls how early last year OLAF revealed large-scale irregularities in the Budapest 4th metro line project news which proved devastating for the already troubled left-liberal opposition, under whose rule the contracts for the building of the underground railway line were concluded.

At that time, the opposition media was highly critical of the OLAF report and questioned the impartiality of the organisation. Now it is the other way around, he remarks.

Nevertheless, he also notes that the OLAF document was first reported in Washington by the Wall Street Journal and finds it peculiar that the matter has been also widely tackled by the New York Times and the Guardian.

Borókai doesn’t therefore find it strange that some suspect political designs in the background. However, in his closing remarks, he defends OLAF, reminding his readers that it struck the left-liberal opposition first.

This opinion does not necessarily represent the views of this portal. Your opinion articles are welcome too, for review before possible publication, via info@xpatloop.com .