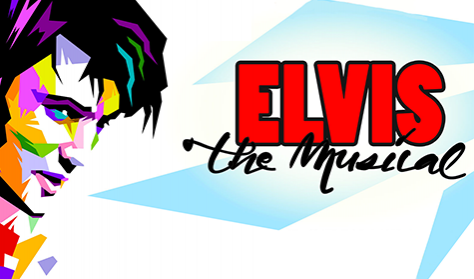 From the Organisers: The unique history of his life with the biggest hits. Soon an extraordinary, unique „life history musical” will arrive in Hungary, introducing how a boy became king. Elvis, The Musical is a passionate and impressive show, in memory of Presley’s unforgettable success, covering the period from the 50ies to 1977 when the legend left us...

Soon a spectacular and exciting musical – featuring the biggest hits of the King – will arrive at the capital and two other larger rural cities.

The show introduces highlighted stages and dominant persons in the life of Elvis, revealing the secrets of the King’s life, devoted to music and show-business.

The performance features 24 evergreen Elvis hits, including Jailhouse Rock, It’s Now or Never, Suspicious Mind, My Way, That’s All Right Mama as well as Always on My Mind. In the two hour performance songs will be escorted by a live band and almost 20 performers play the role of different characters.

"Elvis himself will be played by two actors” – explains László Sándor, the producer of the show in Hungary.

"One will play the young Elvis, who at the early start, as a truck driver with his natural blonde stopped in front of a studio to record his first demo as a present for her mother’s birthday.

The other artist performs the elderly character, the performer on top but also hinting the end with his self destroying lifestyle” – said the producer.

"The performance also features videos, enabling the audience to go back in time, almost being present and sharing his unique success as well as his personal tragedy”- we learnt from László Sándor.

"The story is started with a 360 degree video, clipping from the news reel of that age reporting about the death of Elvis, covering the funeral in Memphis, with more than 150,000 people saying teary good bye to the King” – the producer revealed a detail from the show.

Elvis, The Musical arrives in Hungary soon, performed on May 24 in the Főnix Csarnok in Debrecen, on May 26 and 27 in Budapest in the Tüskecsarnok and on May 28 in the Városi Sportcsarnok in Szeged.