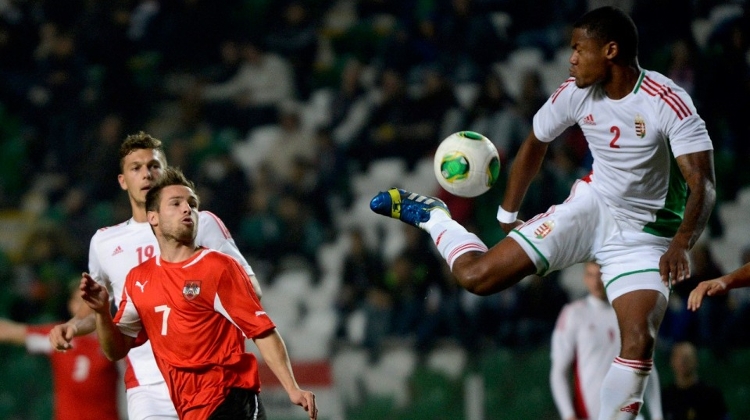 Hungary national team head coach Georges Leekens has recalled a number of experienced players to his extended squad for the upcoming friendly matches against Kazakhstan and Scotland, a squad which also sees a first call-up for Ferencváros central defender Kenneth Otigba.

This extended squad of 37 players sees the return of a number of players who have been previously been part of the national team squad.

Zsombor Berecz, Endre Botka, Ádám Gyurcsó, Szilveszter Hangya, Patrik Hidi, Zsolt Kalmár and Bálint Vécsei are all in the provisional squad which will be reduced in size on 16 March.

Head coach Leekens, speaking after the squad announcement, commented that: “I’ve decided to name an extended provisional squad as we have to send our player requests to the players’ club sides fifteen days before first match and we’re not yet sure which ones will permit their players to join up with us. It also gives us the opportunity to make late changes should any players suffer injury in the meantime I’ll be announcing the final squad on 16th March.

It’s also important that it’s a new year, which offers a fresh start for all the players.

The coaching staff will be constantly monitoring the members of the squad and we consciously picked players with a healthy competition for places in mind.

I believe the largest surprise on the list will be the appearance of Kenneth Otigba’s name.

I contacted him and we spoke about whether he’d give his all to play in the Hungary national team, he answered a definitive ‘yes’. I believe he can be of great use to the team, just as I do every single other player in the extended squad can be”.

The members of the final squad will arrive in Telki on the evening of 18 March before taking on Kazakhstan on 23 and then Scotland on 27 of March at the Groupama Aréna.