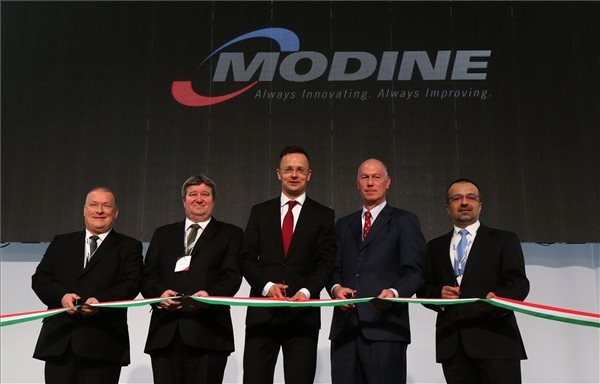 The Hungarian unit of US-based automotive company Modine Manufacturing inaugurated a 6.2 billion forint (EUR 19.8m) expansion at its base in Mezőkövesd, in north-eastern Hungary.

Szijjártó noted that the Hungarian government had supported the investment with a 3.1 billion forint tax benefit.

Thomas Marry, executive vice president of Modine Manufacturing, said the investment has created 200 jobs, adding that the company has further plans to expand its Hungarian operations.

The new plant will make cooling equipment for commercial vehicles.

Modine Hungaria also has a plant in Gyöngyös, in northern Hungary.