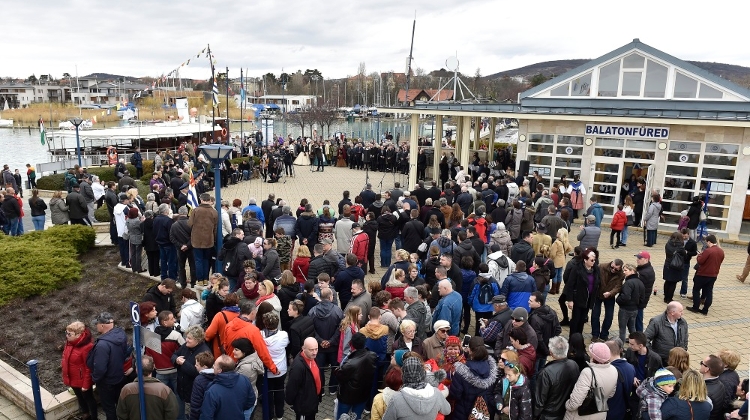 The CEO of Balaton Hajózási Ltd. József Kollár announced several novelties during his speech at the opening ceremony of this sailing season on Saturday, as VG.hu reported.

He stated that Bahart expects that this year will be at least as successful as the past two years. He also announced that the new customer service centre of the company began to operate on 31 March.

This new virtual call centre is said to be able to handle an infinite number of calls at a time. There were 30 different numbers to call before, but now there is only one left: 84/310-050. Customers can ask for information about personal sailing, the schedule of ferries or renting boats on this new line.

The manager also claimed at the press conference, hosted on a boat, that this year’s most important task is to improve Bahart’s customer service. More than 950,000 euros were spent for the preparations.

He mentioned the introduction of a new winter schedule for ferries, the increase of slots in sailing boats and the extension of the main sailing season by one week as important novelties.

The long weekends will probably increase the company’s income. Bahart may spend 1.8 million euros this year on developments and they also expect municipal support. Managers of Bahart and Vodafone have signed a strategical partnership agreement on the leading boat.

About 9.6 million euros are planned to be spent on improving the Balaton Uplands – including its disaster management.

The support of the EU was won in consortium with multiple municipals, companies and organisations, as well as with Hungarian Tourist Agency and Balaton Integration Ltd.