National Museum Garden Is Being Renewed 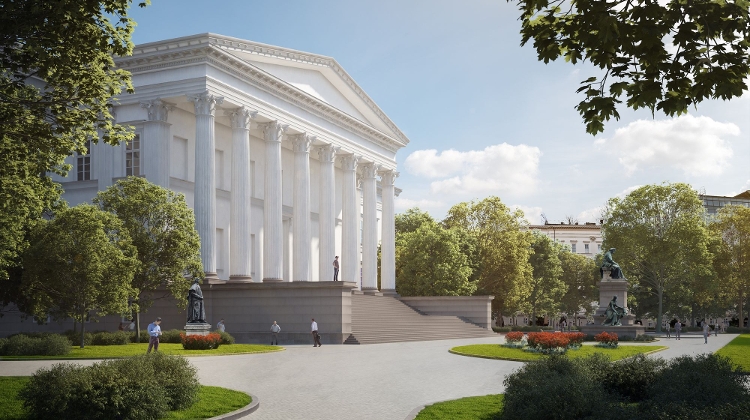 Reconstruction works began in January in the Museum Garden, on the state-owned plot of the Hungarian National Museum.

The main aim of the complex reconstruction works is to restore the garden to its original historical condition and make it a city park available for the public at the same time.

During the reconstruction period public utilities will be renewed, new walkways and pavements fitting the style of the historical main building will be built. 38 old and damaged trees will be removed and 25 large-scale ones will be planted.

The existing flora of the garden will be preserved and upgraded to the fullest.

8200 m2 of new greenery will come into life when existing walkways currently not in use will be removed.

The large-scale trees to be planted involve some rarities (gingkoes, magnolias and red maples) as well to further strengthen the historical atmosphere of the garden.

The renovation of the public utilities will include the setup of a 3 km-long sewage pipe system; the refitting of the electric network, a new wifi network and a watering system.

The new design of the garden was made by TÉR-TEAM Ltd. and the construction works by Belvárosi Építő Ltd.

Throughout the renovation works the exhibitions of the Museum will remain open according to the usual opening hours.