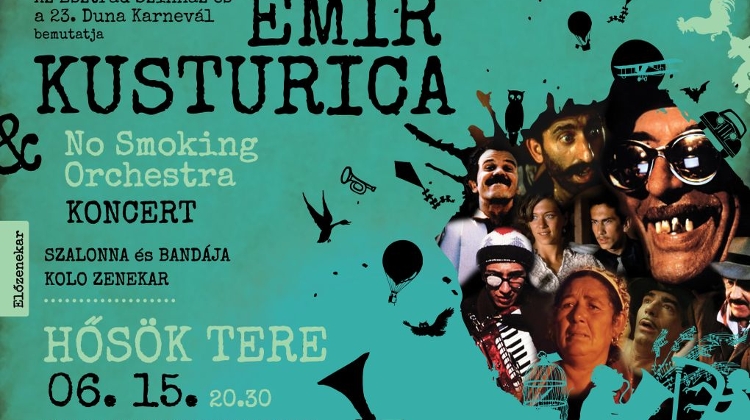 Serbian film director and composer Emir Kusturica (who’s most famous in Hungary for his movies ‘Black Cat, White Cat’ and the ‘Time of the Gypsies’, and the sound tracks of both) and his band named ‘The No Smoking Orchestra’ arrives to Budapest on June 15 to perform a hilarious show during the 23rd Danube Carnival.

Often called a “natural-born nomad,” Kusturica is known for mixing a diversity of genres such as ethno, rock and punk for a truly original style.

In Budapest, he’ll introduce brand new songs from his latest album ‘Corps diplomatique’, and his band will be accompanied on stage by ‘Tököli Délszláv’ (South Slavic) Dance Company performing a dance show by choreographer Antal Kricskovics.

The concert will take place at Heroes Square On Friday, 15 June at 8 p.m.