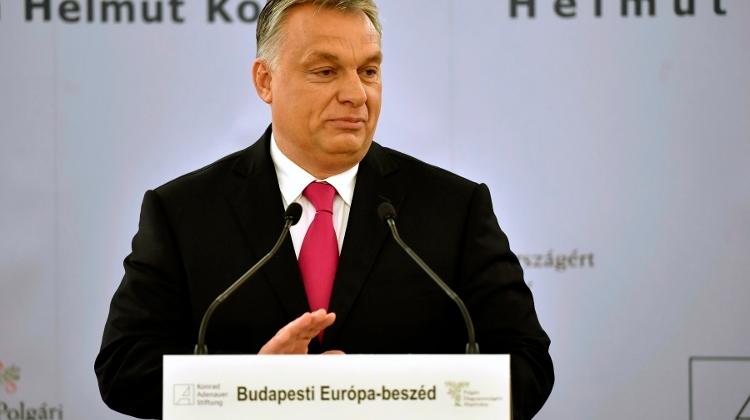 “Hungary is aware of its strength, weight and responsibilities in the EU and does not seek to assume a political role at the European level,” Prime Minister Viktor Orbán said addressing a conference marking the first anniversary of the death of German Chancellor Helmut Kohl.

“We are a proud people, which knows itself and assesses the situation realistically. Where we do have definite ambitions is Central Europe and the Visegrad Four,” he insisted.

He added that Hungary wants to be one of the region’s “strong and closely cooperating countries which help and encourage each other”.

He noted that Hungary has “serious disputes with Brussels and with some EU members” and said it was “tempting to believe” that Hungary could influence European policies. He added, however, that “we must resist that temptation and concentrate on our national interests instead”.

Hungary acknowledges Poland’s leading role in central Europe and “Hungary, with its own strength, is working to build cooperation between states of central Europe”, Orbán said.

In another development, the prime minister said that although leaders of the European People’s Party “had made mistakes to our detriment” Hungary’s ruling Fidesz party will “stick to the EPP and Helmut Kohl’s ideals: rather than deserting we will undertake the more difficult task of renewing the EPP and help it find its way back to its Christian Democratic roots”.

Orbán said that the EPP had been “slowly but continuously” losing its strength during the past 15 years because it had “created an antipopulist people’s front” as against the emerging new parties. He added, however, that this tendency should be replaced by a “Christian Democratic renaissance”.