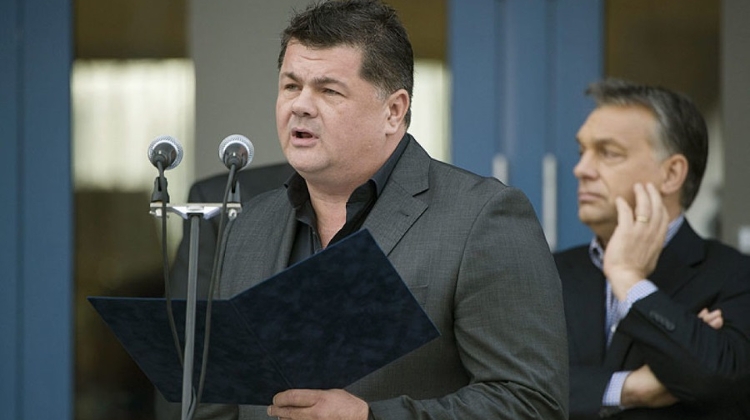 Businessman Lajos Simicska, one of the wealthiest people in Hungary, is selling his companies and investments to his long-time business partner, Zsolt Nyerges (pictured on top), according to a public statement released on Wednesday.

Simicska was formerly a close friend and ally of Prime Minister Viktor Orbán, but they broke ties acrimoniously three years ago.

Nyerges will buy the business shares held by Simicska and his family in construction, agriculture, media, outdoor advertising, and property management, says the statement released by Simicska and Nyerges.

The value of the acquisition and the content of contracts are confidential and will not be disclosed, it adds.

For many years, Simicska was one of the most prominent figures of the ruling party Fidesz and a close ally of its president and now prime minister.

Simicska was president of the tax authority during the first administration of Orbán, and a one-time Fidesz treasurer. Simicska and Orbán broke ties abruptly in 2015.

Following the break between the two, media outlets controlled by Simicska, previously supportive of Fidesz, suddenly became critical of the party.

But after Fidesz and Orbán won a third consecutive term in government at general elections earlier this year, Simicska closed several of his media outlets, most notably daily newspaper Magyar Nemzet and the Lánchíd radio station, then also stopped financing the Heti Válasz weekly magazine.

Starting from 2015, the companies owned by Simicska won no more public procurement or other contracts with government institutions. Despite this, Simicska has remained one of the wealthiest people in Hungary, albeit slipping down the list. Nyerges, his long-time friend and business partner, seems to have better contacts with Orbán than Simicska has had of late, online portal hvg.hu observes.

The last media outlet still controlled by Simicska is the Hír TV news station. It is unclear for now if Nyerges will continue to operate the channel or choose to close it down.