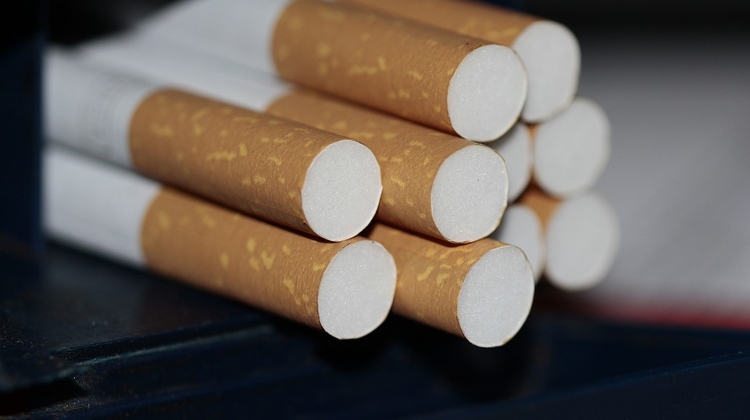 African swine fever (ASF) has been wreaking havoc in Ukraine near the Hungarian border since the middle of 2017. However, Hungarian authorities are still denying that there is an epidemic. They announced the first confirmed cases of ASF only in April 2018, even though wild boars had been dying by the hundreds long before that time.

Atlatszo investigated why Hungary is still in denial about the epidemic as well as how and where the virus entered the country. Atlatszo went as far as Ukraine where they found a pig farm that is hiding a cigarette smuggling operation.

According to the National Food Chain Safety Office (NÉBIH), the first case of ASF in Hungary was registered in April, 2018. In May of the same year they registered 9 cases and in June  13 cases were recorded.

In the summer the first two cases of ASF-infected domestic pigs were registered by a local vet. All the domestic pigs in the village were subsequently killed and the area was disinfected.

However, according to hunting associations in the Northeast of Hungary, thousands of wild boars have died in the area. One sure sign of the devastation is that farmers report practically no damage to their crops caused by boars, as almost all of them died. The question becomes: what killed them, if not AFV?

In another example, a local veterinarian, suspecting an ASF infection, ordered all 183 boars in the Lónya wild zoo to be killed last March. According to the official NÉBIH examination, none of them were infected with the virus.

However, Atlatszo was able to access NÉBIH documents showing that in one Lónya case the examination could not definitely exclude ASF.

At the same time, NÉBIH claims that none of the five thousand samples it examined last year were contaminated with ASF.

ASF is highly contagious and incurable. Almost all swine infected die within a few days after exposure. It cannot infect humans or other animals but it is very dangerous for domestic pigs.

The only protection against the virus is quarantine. Therefore, pork trade embargoes are quickly levied against countries where the virus appears, negatively affecting pig farms and agricultural production.

Since Hungary announced on April 21 that ASF appeared in the country, Japan, Russia, South Korea and China all banned Hungarian pork imports.

ASF appeared in Eastern Ukraine in 2012 and spread across the country by 2017. It appeared in the Transcarpathia region, near the Hungarian border, in 2016. That is, ASF reached Hungary’s eastern border more than a year ago. As the border is covered with woods wild boars are not prevented from crossing.

According to locals, powerful agricultural barons were behind NÉBIH’s decision to deny the epidemic for so long.

Atlatszo recently went to Ukraine to investigate how the virus crossed into Hungary. In the region near the Hungarian border, most of the wild boars have already died and domestic pigs have also been infected and quickly killed.

In the Badaló pig farm on the Ukrainian side of the border, ASF appeared last August. Four animals were diagnosed with ASF and the vet ordered all the pigs to be slaughtered. However, according to our sources, the animals that were not yet showing symptoms were not immediately killed but distributed among the farm’s workers who took them home and slaughtered them themselves.

Some of this meat might have been smuggled into Hungary, a usual practice in the area since pork is much cheaper in Ukraine than in Hungary.

However, this is not the only contact between the Ukrainian pig farm and Hungary: the Badaló pig farm is a hub for cigarette smuggling to Hungary. That is where they keep the supplies and from where they smuggle into Hungary.

This might have been another way for the ASF virus to be transported from the pig farm to Hungarian villages because the virus can live for days on, for example, the tyre of a car. That is, a car from an infected village can easily carry the ASF virus into every neighboring village that it visits.

Cigarettes in Ukraine cost about 30-40 percent less than in Hungary, thus cigarette smuggling is a significant problem in the area. The ASF-infected pig farm is a hub for Ukrainian smugglers transporting cigarettes into Hungary.

Even though ASF has been present in Ukraine near the Hungarian border for more than a year, people there are even more afraid of talking about it there than in Hungary.

When the reporters visited villages in Ukraine near the Hungarian border and started to ask questions about ASF cases and pig farms, people refused to talk. Not much later someone approach them, warning them that they might get into ‘trouble’ with local strongmen in case they do not stop investigating the case.

Additionally, there is no reliable data about animals killed by the virus. There are many reasons for these two facts, one being that local strongmen and even ordinary people in Ukraine often hunt illegally as hunting regulations are not enforced as strongly as in Hungary.

Also, even though vets have ordered the killing of both wild boar and domestic pigs when the virus appeared in their areas, many of the animals that had not been showing symptoms were slaughtered and processed thus there are many freezers full of potentially ASF-infected pork.

However, butchers no longer buy pork from local growers as the market is now dominated by a Ukrainian agricultural giant.