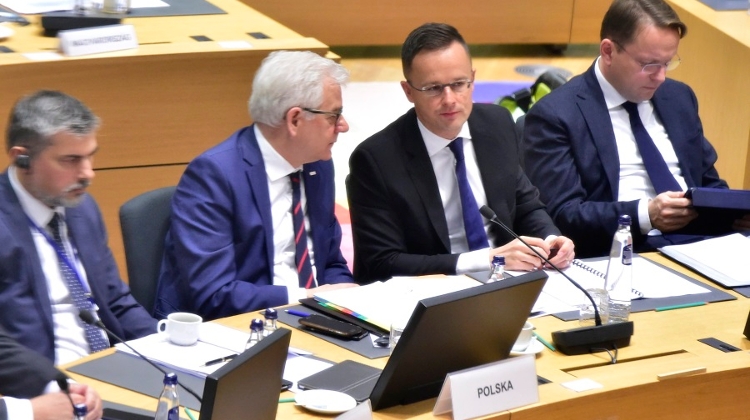 Hungary has a realistic chance of meeting its goals in connection with the United Kingdom’s exit from the European Union, Foreign Minister Péter Szijjártó told a press conference after a meeting of his EU counterparts in Brussels.

Concerning Brexit, Szijjártó said that the Hungarian government was interested in promoting a “fair” agreement between the UK and the EU, maintaining tight business relations and continuing a security cooperation with the UK, as well as ensuring that the acquired rights of Hungarian nationals living in the UK are maintained.

Szijjártó voiced regret that Britain was leaving the bloc but said that it was “up to that country’s residents exclusively” and declined to comment on that decision.

Answering a question about former Macedonian PM Nikola Gruevski, who is currently seeking asylum in Hungary, Szijjártó said that Gruevski had indicated his wish to apply for asylum “at a foreign representation of Hungary, but the Hungarian government had had no role in his getting there”.

The minister insisted that the Hungarian authorities had “come across this matter at that office in a country neighbouring Macedonia”, from where the former PM “came to Hungary fully legally, meeting all relevant Hungarian and international regulations; he crossed all borders legally”.

Szijjártó said that the matter had not been discussed in Monday’s meeting of his EU colleagues. He said, however, that he would discuss it with his Macedonian counterpart on the sidelines of a NATO meeting in Brussels in early December. “Supporting Macedonia is not a question of siding with any parties or governments,” he said.