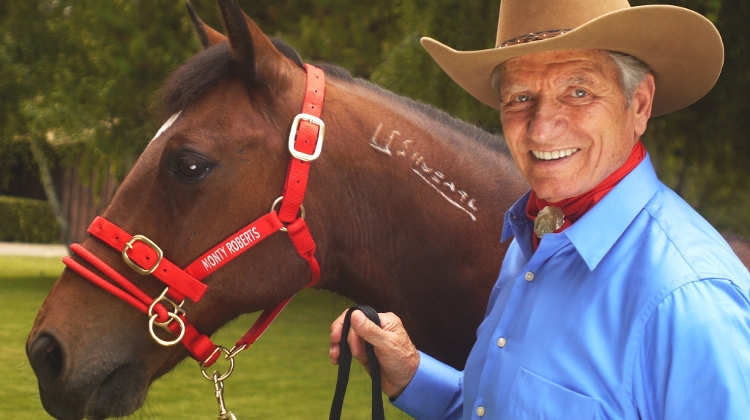 From the organisers: Budapest hosts a world premiere this December. As part of the Whisperers production, the greats of horse training will be visiting Hungary: Monty Roberts, legendary inspiration behind the film The Horse Whisperer, Jean François Pignon, master of free horse training, and Lorenzo who controls the surging herd on horseback.

These three will be appearing at a spectacular show in the Papp László Budapest SportsArena. In his childhood, Monty Roberts studied wild mustangs on the prairies of Nevada and the communication between them, then he transplanted this into the language of human gestures.

Monty Roberts’s primary goal is to show the world that it is possible to train horses without resort to harsh means, thereby achieving a more harmonic state of cooperation between horse and rider.

Lorenzo’s talent lies in his incredible sense of balance. Even when he was a kid he rode in a way that differed from his friends, in his displays he does various tricks standing on horseback, without any equipment, while the herd races along with him.

Pignon’s life changed fundamentally when his father bought the family’s first horse, the one-year-old Gazelle. The relationship between the pony and the young boy was so remarkable that sometimes Gazelle accompanied him to school.

Whisperers is the story of a wheelchair-bound young child whose sees the hussars on parade and on returning home dreams that he will ride with them one day. Through the realization of this young boy’s dream, the audience witnesses the different elements that go to make up horse training.

The performance comprises two 50-minute acts, after which the audience can cheer the Budapest stage of the Carriage Driving World Cup known as the Formula 1 of equestrian sports.

The event hosts the world’s top five four-in-hand teams based on points accumulated during the summer competitions.

Budapest will be welcoming Belgian Glenn Geerts who has triumphed in the team competition, Swiss Jérôme Voutaz, silver medallist at the 2017 World Cup, the Dutch father and son pair, four-times world champion Ijsbrand Chardon and his son, Bram Chardon, will compete against each other, and naturally Hungarian fans will have somebody to especially cheer on in the December competition because among these stars is multiple Hungarian champion József Dobrovitz as well.

Come to the show in December, meet world-famous equestrian experts in person and learn everything there is to know about communication between horses and people!