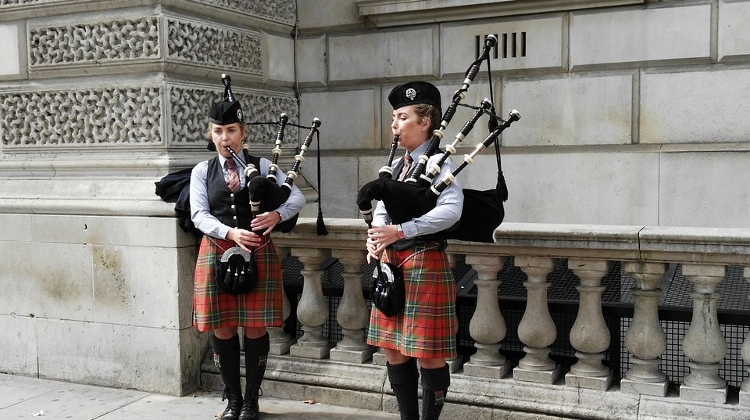 A literary evening, a bagpipe competition, concerts and charity events will be held to mark the 260th birth anniversary of Scotland’s national poet Robert Burns in Budapest between January 25 and 29, the Robert Burns International Foundation (RBIF) said.

The celebration will begin with a “changing of the guard” at gate IX of Hungary’s Parliament building with the participation of the Parliamentary Guard, a military band and a Scottish bagpipe group on Friday.

It will be followed by a performance by the Budapest Scottish Dance Club, RBIF told MTI.

In the evening the British Embassy will host a reception in honour of Burns. On Saturday the RBIF will host its traditional Burns Supper charity evening featuring the All Star Scottish pipe band, violinist Alison Ewan and the Hungarian Dagda band performing Celtic tunes in Hotel Corinthia.