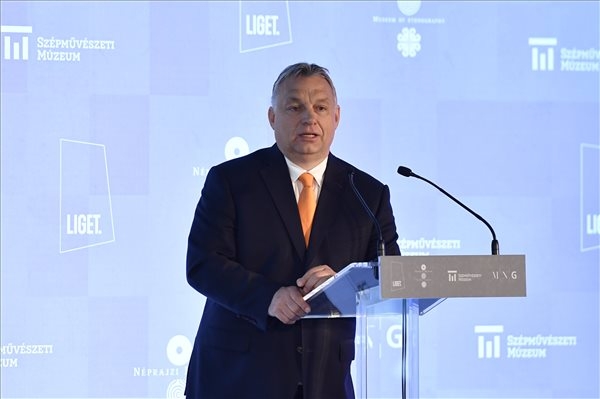 “The identity of a nation and its civilisation is mostly reflected in culture,” Prime Minister Viktor Orbán said at the opening ceremony of the National Museum Restoration and Storage Centre.

“We are proud of Europe’s Greek, Roman, Jewish and Christian heritage” and of the contributions Hungarians have made over the past one thousand years to that culture, Orbán said.

“When we see that culture endangered there is an instant red light flashing in our minds and we will take immediate action”.

“Hungarians cannot be made an ethnic or cultural minority in their own cities,” Orbán said, adding that “whenever they think that their cultural identity is challenged, alarm bells ring.”

Concerning the new centre, Orbán said that Europe had only two similar facilities, one operated by the British Museum in London and the other by the Ermitage in St. Petersburg.

The project has been “the greatest museum-related development in Hungary in recent decades”, he said.

The centre will conserve over one million items and the building “makes Budapest even more beautiful, more modern, and greener”.

Referring to the collections, he said those one million items “are our living cultural heritage” rather than “dusty objects of a dead white culture as described by the left wing”.

“Without the foundations of the past, we would be drifting rootlessly away in the storms of history,” Orbán added.

Museums and their auxiliaries are “compasses of the mind”, he said. Orbán said that Hungary’s economy “has probably in the past one hundred years has never done as well as it is doing now”.

Economic achievements call for long-term cultural changes, he added. The new centre has been built as part of the Liget Project, a huge museum complex in and near Budapest’s City Park. It will serve the collections of the Museum of Ethnography, the Museum of Fine Arts, and the National Gallery.