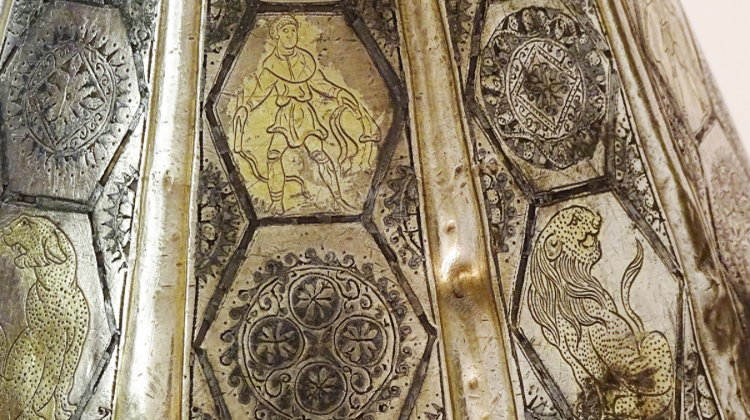 The Seuso treasure, the most significant silver find from the period of the later Roman Empire is part of the special permanent exhibition of the Hungarian National Museum.

From the 1st century AD the Western part of what is now Hungary belonged to a province named Pannonia of the Roman Empire.

The last heyday of Pannonia in 4th century AD was characterized by luxurious villas in the countryside - their owners belonged to the rich elite of the empire.

One of them was named Seuso, whose silver tableware is now exhibited for the public audience by the Hungarian National Museum.

The collection of 14 silver pieces of tableware and the copper cauldron used for hiding them represent the most valuable collectıon of its kind (items used for feastıng and washing ) dating back to the late Roman Empire. Its ewers and platters belong the biggest and heaviest objects of their kind.

The pieces of the silver tableware represent the highest level of art of their era, perfectly fitting into the visual world of  art of the aristocracy.

The silver tableware strongly reflects the personality and social rank of its owner.

His name, Seuso is captioned on the central platter of the collectıon. Not only his name can be known by the inscriptıons but also that his villa and the surrounding fields were located near Lake Pelso, today named Balaton, the biggest lake in Central Europe.

The scenes on the pieces of the collection depict storıes of love and hunting from the ancient Greek mythology that could only have been understood by the elite of the society of that time.

The cosmetic casket, belonging to the owner’s wife, completes the splendour of the whole collection by comparing the beauty of the wife to that of Aphrodite.

The Seuso treasure is not only well-known in the world due to its artistic beauty but also its modern  history surroundeded by criminal activities.

The hoard was found by a young man in the 1970s in Kőszárhegy, near Lake Balaton, but soon after he was killed and the treasure disappeared.

15 pieces reappeared at the international auction market in the 1980s, however, due to their fake documentation trying to prove their origin could not been sold. Lawsuits, scandals and unsuccessful auctions marked the last 25 years of the treasure’s modern history.

The Hungarian State fınally came to an agreement with the persons possessing the Seuso treasure and all the 15 pieces was repatriated to Hungary recently.

Photo:
Courtesy of the venue.