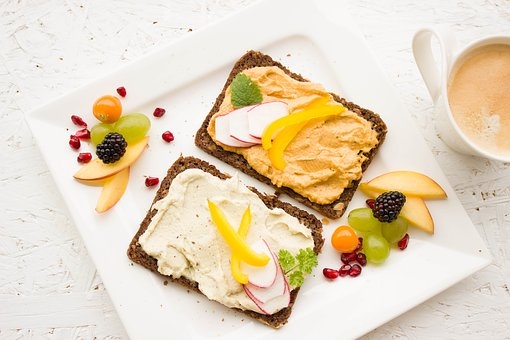 Over the past few years Budapest has earned its reputation as one of Europe’s most popular gastrotourism destinations.

Visitors can enjoy the unique and flavoursome traditional dishes that belong to the Hungarian culinary arts in the numerous restaurants and cafés located around the capital. But how are things for vegetarians or vegans?

According to a survey in 2010, more than 20 percent of the global population is vegetarian or vegan due to health, economic or ethical reasons.

The desserts tend to feature cream while the pie pastries contain eggs as important ingredients.

While meat-free options do exist among classic Hungarian dishes, finding something that is meat-, dairy- and egg-free, or in other words vegan, is practically impossible.

Judit Szöllősi exclusively provides private tours in multiple languages, custom-tailored to customer wishes. The tour started at 10 in the morning, walking beneath the impressive palaces on Andrássy Boulevard as we set out on our route for the tastings.

The first stop was the homely Flow Specialty Coffee Bar & Bistro. Try an oatmilk cappuccino and alongside the coffee, taste vegan pastries stuffed with walnut and poppy seed. After taking in the building’s decorated early 19th century courtyard, which belongs to the café, we continued onward to Hunyadi Square.

The Kozmosz Vegán Restaurant is truly a hidden gem: without the appropriate directions, we may never have even found the narrow staircase that leads downwards at one of the square’s corners.

The entire selection for this small restaurant is vegan, and as such we did not have to search the menu to find something suitable, since everything was. Order a selection of reimagined dairy-, egg- and meat-free variations on traditional Hungarian dishes.

Taste a bowl of bean gulyás soup, turós csusza (quark cheese noodles) made with tofu, as well as a seitan pörkölt stew, and wash down with a homemade must spritzer. Owing to the spices and excellent preparation, the flavours of the vegan dishes were not quite dissimilar from the original versions.

The next stop was the market at Hunyadi Square. As you walk past the merchant stalls, see the seasonal Hungarian fruit and vegetable selection, and the more special local ingredients, such as pumpkin seed oil or seaberry at greater length. Discover pickled plums and mini-watermelons.

In the city centre by St. Stephen’s Basilica, in the renovated and iconic Gelarto Rosa bistro, guests can choose from the entirely vegan menu in addition to the vegan ice creams.

Dropping by Fashion Street, cross over to one of the capital’s oldest “green” breakfast establishments, the Fruccola restaurant.

The final stop was at the CultiVini wine bar, where the tour ended. You can taste great Hungarian wines: a dry white, a dry red, and a sweet dessert wine.