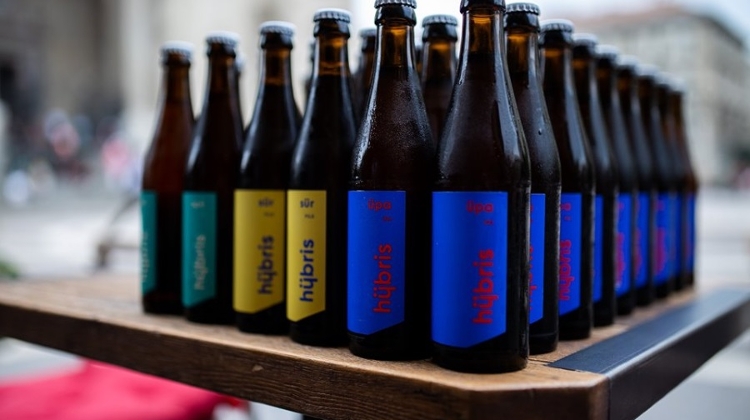 Defining itself as the first "minimalist microbrewery brand," the Hübris brewery in Székesfehérvár launched its beers recently with the slogan "craft beer without craft," according to a press release.

"Our goal is to make good beer a basic thing, not a privilege for the people," says Ádám László, one of the founders of the Hübris brewery. "We want to brew good beer without the mannerisms."

The breweryʼs slogan "craft beer without craft" signifies that Hübris is striving to produce beer of craft quality, but in large quantities with professional commitment and great attention, says the press release.

Going against the trend of special flavors, Hübris aims at keeping it simple and understandable for the general public.

"We believe that one does not necessarily need to put guacamole and passion fruit into a beer to make it tasty," the press release says. The simple concept is accompanied by a minimalist design as well.