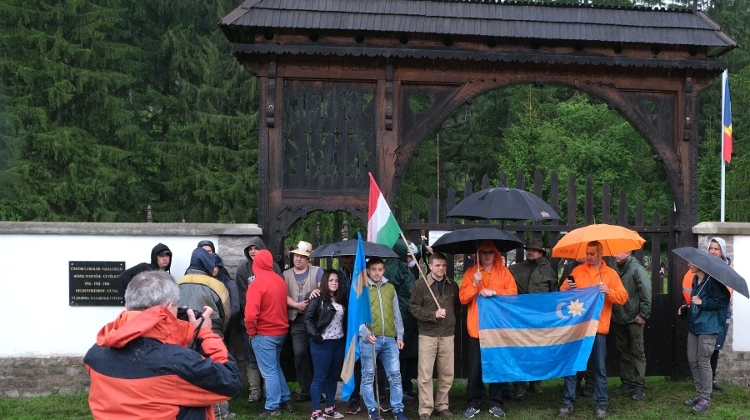 A left-wing commentator fears that the Hungarian government will use the skirmish between Hungarians and Romanians in Transylvania to unleash irredentist hatred.

A pro-government pundit calls on Hungary to put on a show of force and hopes that Transylvania will soon become part of Hungary again. Another pro-government columnist calls for moderation.

Last week, Hungarians and Romanians clashed over a military cemetery in Transylvania after Romanians wanted to erect crosses to commemorate around a dozen Romanian soldiers buried there, alongside hundreds of Hungarian soldiers.

Hungarian Foreign Minister Péter Szijjártó underlined that Hungary wants to facilitate the peaceful coexistence of Hungarians and Romanians in Transylvania. He called on the Romanian government to stop provocations by anti-Hungarian Romanian nationalists, and summoned the Romanian ambassador to Budapest.

The ambassador ignored the Foreign Minister’s request. The two defence ministries have pledged to find a solution to the problem.

The left-wing commentator finds it disappointing that despite the reconciliation between Germany and France, the integration of Europe and the disappearance of internal borders, national resentment has not disappeared in Eastern Europe.

Concerning the Transylvanian events, Beck suspects that the Hungarian government will escalate the conflict. He speculates that if anti-immigrant fear-mongering becomes less salient, PM Orbán will embrace traditional nationalist discourse, and advocate the restoration of a Greater Hungary in the spirit of Regent Horthy.

The pro-government columnist interprets the Transylvanian skirmish as another instance of ‘Romanian barbarism’ which in his view has targeted Hungarians ever since 1920, when Transylvania was annexed from Hungary.

Bencsik thinks that the inability of the Romanian authorities to stop the conflict shows that ‘Romania cannot be seen as a state’, and also that the ‘Romanian mentality’ makes it impossible for Hungary to defend Hungarian interests through peaceful means.

He suggests that Hungary should threaten Romania that it will take revenge for all atrocities against Hungarians when Hungary takes back Transylvania – which, Bencsik hopes, will inevitably happen sooner or later.

In Magyar Nemzet, Samu Csinta also thinks that the ethnic dispute is part of efforts by Romanian nationalists to weaken the Hungarian minority in Transylvania.

Csinta believes that the Democratic Alliance of Hungarians in Romania (RMDSZ), the main Hungarian ethnic party in Transylvania can no longer be as moderate as it used to be in defending Hungarian interests.

Csinta, however, calls for moderation to find a new modus vivendi, and dismisses suggestions that the dispute over the cemetery is in any way similar to historic and violent ethnic conflicts in Transylvania.