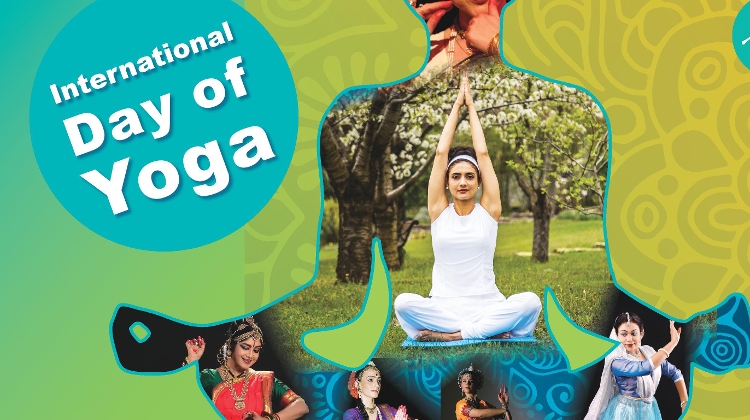 To commemorate 70th anniversary of establishment of diplomatic relations between India and Hungary, the Indian Embassy, Budapest organises a special event on 22nd June.

Entry free. All are welcome to attend.

22 June has become one of the biggest mass movements in the quest for good health and well-being and events are organized all over the world to showcase Yoga, which has been acknowledged as an intangible cultural heritage of humanity by UNESCO.

During the last four years, a number of cities in Bosnia & Herzegovina have been enthusiastically celebrating the International Day of Yoga and this year’s celebrations will build on the success of earlier events.

Ms. Ankita Sood, teacher of Yoga and Indian Culture at the Embassy together with the yoga instructors of prominent yoga schools will conduct Common Yoga Protocol, which has been specially designed by Indian yoga masters to suit the requirements and physical conditions of the general public.

A demonstration of advanced yoga techniques will also be undertaken.

It may be recalled that speaking about Yoga, the Prime Minister of India had said that Yoga is the journey from ‘me’ to ‘we’, and that yoga makes us better individuals in thought, action, knowledge and devotion.

The Embassy of India organizes the 5th International Day of Yoga programme in Budapest on 22 June, 2019 from 10.00-13.00, with support from the Mayor Office of Budapest.

Kindly bring your own Yoga mat for the programme!

The aim of the International Yoga Day is to raise awareness of healthy and conscious lifestyle among people.

Everyone is most welcome!