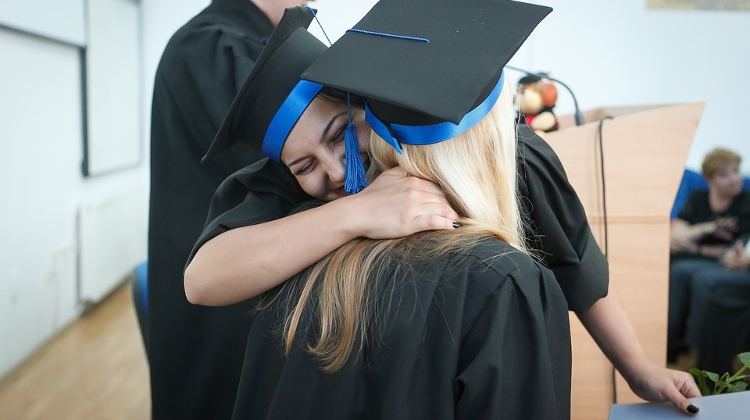 As the Central European University bids farewell to Hungary, right-wing commentators liken ideas expressed by CEU representatives to colonialist and even Nazi and Communist thinking. They consider CEU’s departure as ‘good riddance’.

A Marxist philosopher charges the government with the imposition of ideological absolutism.

In an interview with the Austrian daily Der Standard, Central European University Rector and President Michael Ignatieff accuses the Hungarian government of curtailing the freedom of education.

According to Ignatieff, the CEU was targeted as part of the Hungarian government’s efforts to limit freedom, dominate all institutions and entrench a Christian nationalist state ideology.

On Monday, at CEU’s last graduation ceremony in Budapest, Michael Ignatieff repeated that CEU was banned and chased out of Hungary by the government.

The university will nonetheless maintain a strong Budapest presence as a research institution, he said. Alexander Soros, son of CEU founder George Soros and Board member of CEU expressed the hope that at some point Hungary ‘will return to democracy’.

He added that George Soros and the CEU Board agreed to recapitalize the university to ensure its smooth transfer to Vienna and its operation there as a double degree university issuing both US and Austrian degrees.

On Látószög blog, Mária Schmidt quotes Michael Ignatieff as saying that he would have expected  the leaders of France and Germany to call PM Orbán to account and to use EU funds as leverage to induce policy changes in Hungary.

The right-wing historian, who under PM Orbán’s first government (from 1998 to 2002) served as a senior advisor to the Premier, remarks that those western leaders were elected by a much smaller proportion of their electorates than Mr Orbán.

She opines that no one since Adolf Hitler and assorted Russian leaders have claimed the right to tell Hungary’s leaders what to do. She also questions Ignatieff’s moral right to criticize Hungary as in his homeland, Canada, the government is in the centre of a corruption scandal and the Prime Minister stands accused of trying to put pressure on the judiciary.

In conclusion, Schmidt notes that if Ignatieff’s words represent the values CEU transmits to its students, then the university has indeed no place in Hungary.

In 888.hu, József György Horváth dismisses a remark by Ignatieff on Hungary’s historical sins as an accusation of collective guilt and finds that logic similar to that of Nazi anti-Semitism.

Horváth adds that Alexander Soros’s hope that the EU could save CEU is akin to the thinking of Hungarian Communists who relied on external help to achieve their aims.

Horváth claims that CEU had to leave Hungary because it did not want to comply with Hungarian law. He takes note of Soros Junior’s announcement that ‘we will continue to be active in Hungary’ and sarcastically thanks him in advance.

Magyar Nemzet’s Dávid Megyeri thinks that CEU will stay in Budapest even if it issues US degrees in Vienna.

The pro-government columnist finds it absurd for Ignatieff and Soros to define what democracy is. Megyeri describes the accusations levelled by CEU leaders against Hungary as absurd, and claims that CEU is leaving Hungary because the university did not meet the regulations set by the Hungarian Higher Education Act introduced by the Orbán government.

In a long essay on the Hungarian intelligentsia in Heti Viággazdaság, Gáspár Miklós Tamás considers  what he calls the assault on CEU as part of the government’s efforts to fully dominate cultural and academic life in Hungary.

The Marxist philosopher finds it disappointing that many intellectuals are failing to openly confront and collectively resist the government’s efforts. He accuses them of refraining from protest in an effort to save their own jobs.