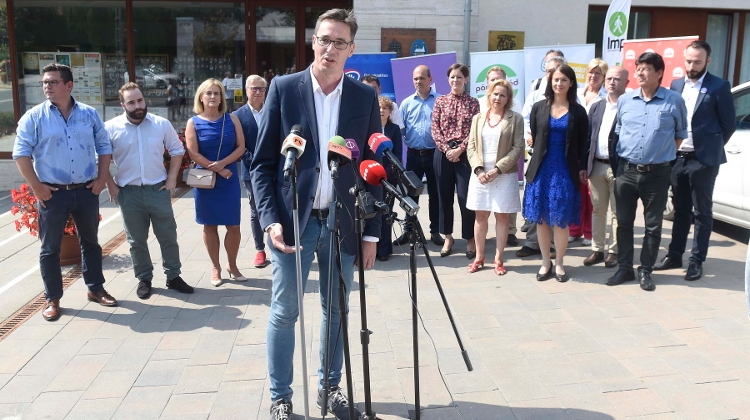 Gergely Karácsony, the joint Budapest mayoral candidate of the leftist opposition parties, at a conference on Thursday said the capital was struggling with a ‘housing crisis’ which the government had so far refused to address.

Home evictions have become an everyday occurrence in Budapest, “and we are number one in the world in terms of rising home prices”, Karácsony told the conference organised by the Friedrich Ebert Foundation.

The mayor of Budapest’s 14th district said the problem was now so severe that it has also begun to affect the middle class. “House and rent prices are becoming less and less affordable even for people with a high income,” he said.

Karácsony lamented that while the areas of health care and education were being overseen by state secretaries, the government had not appointed anyone to manage the area of housing, which he called a “fundamental right”.

He said European Union funding available to local councils should be used to increase the size of Budapest’s non-profit housing sector, arguing that this would also help lower prices in the private sector.