Hungarian Cheese Amongst The World’s Best 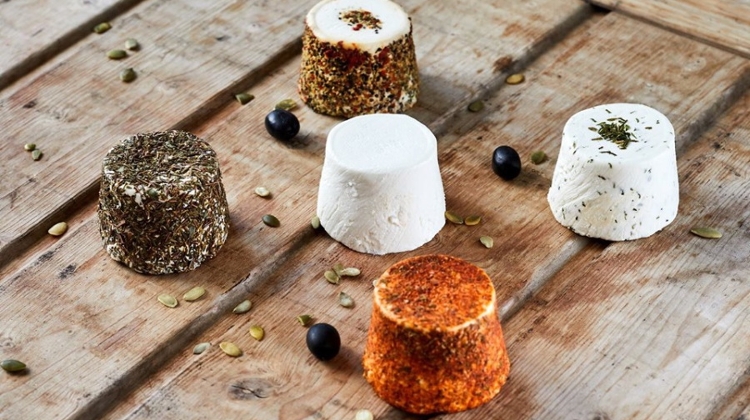 Another Hungarian town was put on the world’s great cheese map last weekend.

In the town of Etyek in Fejér County a soft cheese of such quality is made from goat milk that it not only stood its ground but ended up amongst the best at the world’s most prestigious cheese championship, the World Cheese Awards on the 18th of October in Bergamo, Italy – HelloVidék found out.

The recently established Goat Cheese Manufactory of Etyek entered its first international cheese competition to have its cheese put to the test in an international setting and to have it qualified by the most prestigious key organization in the business.

Its debut went well, since their soft cheese marketed by the name of Etyeki Hófehér (Etyek Snow White) which is made from goat milk and matured with white noble mold received a Super Gold Award as the winner of its category. Therefore it is now amongst the world’s 84 best cheeses.

It was only the icing on the cake that they received the special award for “The Best Central & Eastern European Cheese of the Championship”.

3804 samples from 42 countries from the world’s 6 continents were registered to the most prestigious international assembly of the cheese business. The winner cheese was made by one of the owners of the manufactory, Oktávia Vidáné Kondor who incidentally has a law degree.

There is nearly a decade worth of developing behind the acknowledgment earned in Italy since besides learning from Hungarian cheese makers, Oktávia acquired the tricks of this business from masters in Switzerland and Austria over recent years.

“The manufacturing of handcrafted cheese is not only our job but our passion as well. With a decade of experimentation and improvement under our belt we say that the essence of our cheeses is in the details.” – says the maker of the winner cheese who manages the manufactory with her husband, János Vida.

The farm currently has a 100 goats from Saanen. The animals are brought up on their own bio hay and reward their care with high quality milk. They process 300 litres of milk weekly.

Oktávia Vidáné Kondor thinks that this complete milk made without preservatives and flavour enhancers in a traditional way is a necessary component for their products manufactured in constant high quality.

Next to the world champion camembert type cheese, fresh, aged semi-hard and grill cheeses can also be found in the repertoire of the Goat Cheese Manufactory of Etyek.

They have only supplied restaurants and hotels in Budapest so far, but soon the public will be able to purchase the now gold medallist goods; the business operating as a small farm until now is going to grow and their EU-licensed manufactory will be completed by January where cheese is going to be made in a bigger volume than it is currently.

Photo courtesy of the Goat Cheese Manufactory of Etyek