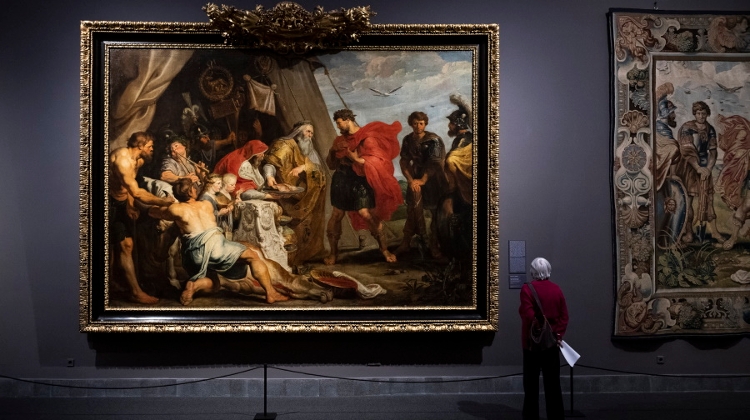 Seen until 16 February 2020. Some 30 paintings by Rubens and more than a dozen by Van Dyck are on display at a large-scale exhibition opening in the Museum of Fine Arts on Wednesday, the museum’s director told the press.

The exhibition showcases the Golden Age of Flemish painting through the art of Peter Paul Rubens, the foremost Baroque master of European art and that of his contemporaries.

Its main goal is to highlight Rubens’s genius and the influence of his art during his age, and the versatile, stylistically and thematically rich 17th-century Flemish painting.

Another important aspect of the Budapest show is to draw attention to the extensive cultural ties between the Southern Netherlands and Hungary, in which a key figure was Archduke Leopold Wilhelm of Austria.

The Fine Arts Museum’s main cooperating partner, the Liechtenstein Museum in Vienna, has contributed 20 masterpieces including a piece from Rubens’ monumental Decius Mus cycle, the Decius Mus Relating His Dream.

Another remarkable piece, Van Dyck’s wedding portrait of Maria Henrietta Stuart purchased by the Budapest museum at the end of last year, is also on display. The 120 works or so showcased come from the museum’s own collection and from 40 prominent collections including the Louvre, the Hermitage, the Prado, the National Gallery of London and the National Gallery of Washington, DC.

The exhibition. running until February 16, has been insured at 345 million euros.