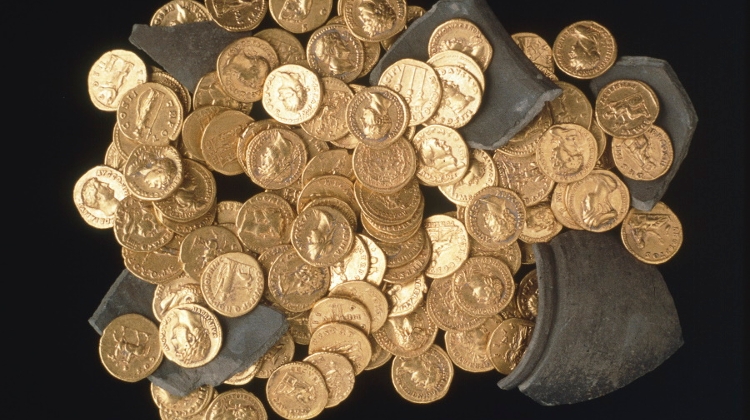 A volunteer with a metal detector recently stumbled upon some 2,000 Roman-era coins in the southern part of Baranya county.

The coins are of high intellectual and scientific value because they were found at a well-known archaeological site, within a broader context of known artefacts, Janus Pannonius Museum said in its announcement on Monday.

Museum archaeologist Olivér Gábor said such a large quantity of valuable coins is a very rare find, even if the site was likely to contain more Roman artefacts.

The coins were discovered by an archaeological site-reconnoitring volunteer, a detectorist contracted to the museum.

The museum works with more than a dozen such volunteers and an exhibition of their findings is envisioned.

Photo courtesy of Northfoto (illustration only)