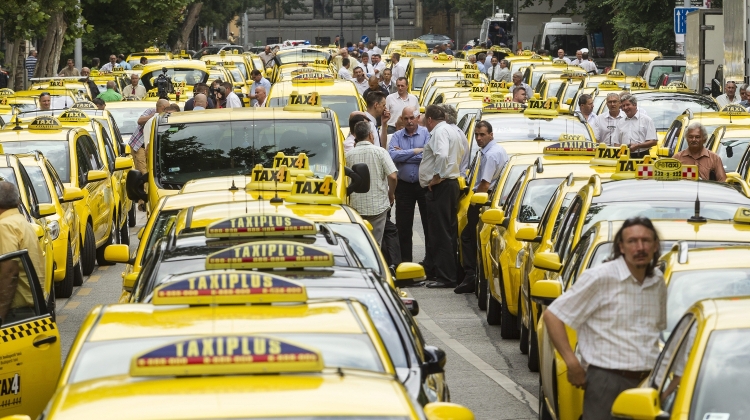 Taxi drivers will first demonstrate outside the mayor’s office before blocking bridges later, he warned.

Bolt, the former Taxify, has been providing taxi services in Budapest without a licence for four months, Csertek alleged.

According to Csertek, the company’s licence should be revoked because the “free” signs on the roof of Bolt vehicles fail to meet requirements.

The signs feature the new Bolt logo, which is yet to be officially approved since Taxify renamed itself Bolt in the spring.

The Taxify logo on the rooftop light remains, but is smaller than the Bolt logo.