Hungary Has Joint-Lowest Rate Of Robberies In EU 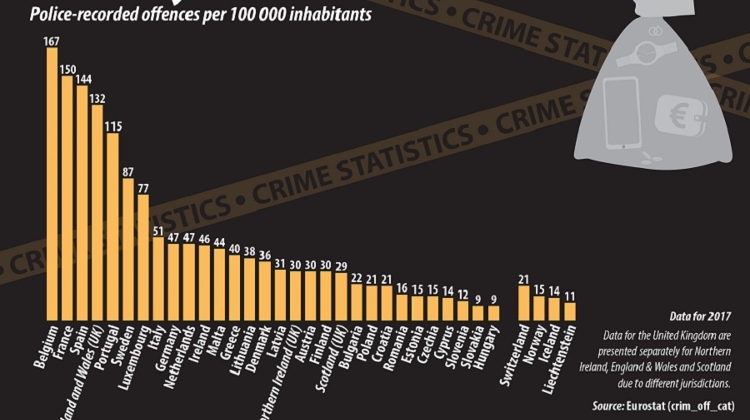 Hungary registered the joint-lowest number of robberies per 100,000 inhabitants in the European Union, data released by Eurostat, the statistical office of the EU, shows.

Robbery is defined by Eurostat as stealing from someone by using physical force, weapon or threat, and is different from theft (without force) and assault (without stealing).