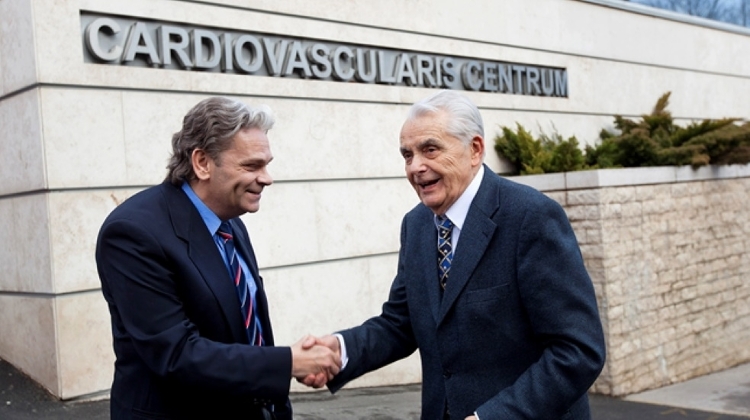 Sándor Schwarz (pictured on left), the first person in Hungary to undergo a heart transplant, died on Monday, 27 years after the historic operation.

He worked as caretaker at the Kós Károly primary school in Budapest’s 19th District.

Professor Zoltán Szabó (pictured on right), director of the Semmelweis University heart clinic at the time, performed the first Hungarian transplant on the then 29-year-old man in 1992.

On the 25th anniversary of the surgery, January 3, 2017, Schwartz said he did not regret undergoing the operation, as he had learned since then that a new heart means a chance for life.

The cause of death was not reported.