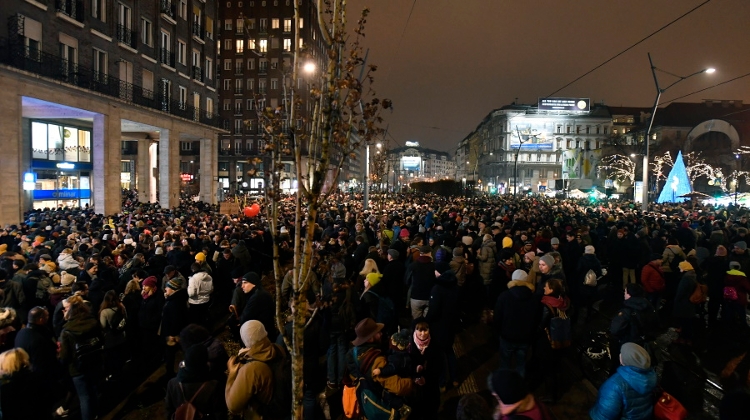 Addressing the protest organised by the Katona József Theatre, Budapest Mayor Gergely Karácsony said the stage and culture as a whole belonged to the artists and the audience, not politicians.

“When we defend the freedom of theatres, we’re also defending the city’s freedom,” Karácsony said. “This is our rightful act of self-defence.” He said that even if the bill passed parliament, it would still be a “dictate” rather than a law.

The mayor said the bill was the ruling Fidesz-Christian Democrat alliance’s attempt at revenge for “losing Budapest” in October’s municipal elections. “The capital will protect its theatres, artists and its freedom,” the mayor said.

Tamás Jordán, director of the Weöres Sándor Theatre in Szombathely, in western Hungary, said “every Hungarian who has a clear conscience” must take a stand against the culture bill.

Stage director Martin Boross said that an online petition against the bill launched by Hungary’s Alliance for Independent Performing Arts has already attracted some 50,000 signatures.

Bill To ‘Create Clarity’ Around Theatre Funding In Hungary