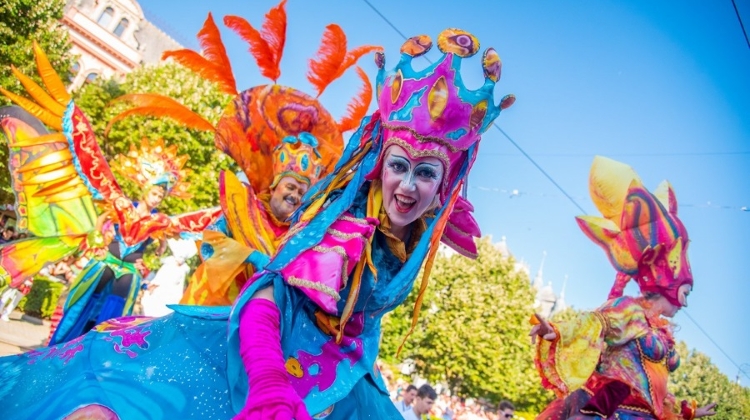 The largest cultural event of Hungary, which lasted for one day in the past, has become a several-day-long Carnival Week over the past few years.

In the heart of the Nagyerdő (Great Forest), at the Galiba Children’s Festival, non-stop children’s programs and the Czech Beer Garden will welcome families looking for relaxation.

The peak of the carnival is to be on 20 August, when flower floats and performing art groups will go on parade through the city. After the parade, the rolling compositions will be exhibited along the road in front of the event area north of the Nagyerdei Stadium.

During the evening arena show (Carnival Night) held in the Nagyerdei Stadium, a crowd of 20000 people will be dazzled by several star performers and the carnival cavalcade.

The program series on the occasion of the national holiday of 20 August will be closed by fireworks and a street party in front of the main building of the University of Debrecen.