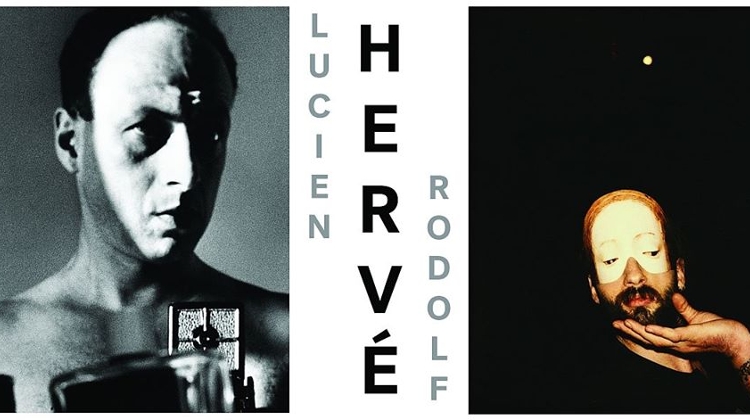 The images not only complement each other, they also highlight the different characteristics of the art of both photographers. The pairs of photographs emphasise the essential elements of both oeuvres, and the sharp differences between the two artists’ ways of seeing and creating.

However, the pictures also reflect the photographers’ common spirit with regard to social sensitivity, social criticism, humour, irony, and their affinity with abstraction.

The most important characteristics of his photographs are a clear, geometric approach and a powerful presence of light-shadow effects. Lucien Hervé’s photographic work has become world-renowned and exhibitions of his work have been held around the world, from Athens to Tokyo.

The artist came to Budapest through the invitation of the Vasarely Museum in the last days of 1989. He stayed for several years after the change of regime when he became an important character of the alternative art scene.

Following in his father's footsteps, he started to experiment with photography at a young age. However, because of his rebellious personality, he was more attracted to very intense, emotional forms of expression rather than his father’s strict geometric vision.

Rodolf Hervé’s art can be characterised by sharp contrasts: tenderness and violence, realism and surrealism, the lyrical and dramatic go hand in hand in his photographs. In addition to photography and other visual arts, such as video art, electrographic art, collage and painting, he also involved himself with music and performance.

Although his promising artistic career was broken by his death in 2000, his works have lost nothing of their impact and remain as influential contemporary artworks.

Opening hours: Tuesday to Saturday between 11 am and 6 pm