Cancelled: Aerosmith To Perform At Puskás Arena on 10 July 2022 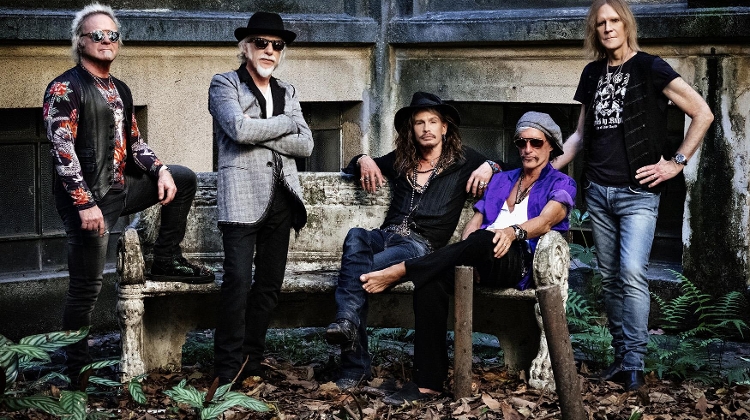 From the organisers: We wanted to let you know that the Aerosmith concert originally advertised to take place at Puskas Arena on July 10, 2022 - as well as the whole arena tour - has been cancelled.

The band says „It is with deep regret we must announce that our European Tour, scheduled to take place in June and July 2022, has been cancelled. We have continued to monitor the ongoing COVID situation and with the related uncertainty around travel logistics and the continued presence of COVID restrictions and other issues, it has become clear that it will not be possible to go ahead with our summer shows in the region. The health, safety and well being of our fans is our number one priority. We will be back to rock out with everyone soon. Until then, take care and we deeply apologize for any inconvenience.”

If you have purchased your tickets online, via www.livenation.hu and www.funcode.hu, our ticketing partner will be in touch very soon at your registered email address with further information. If you bought the tickets at a ticket outlet, please send an email to refund@funcode.hu for the further steps.

The one and only Aerosmith, Steven Tyler (vocals), Joe Perry (lead guitar), Brad Whitford (guitar), Tom Hamilton (bass), and Joey Kramer (drums) are a living piece of American music history, having sold more than 150 million albums worldwide, countless awards and been inducted into the Rock and Roll Hall of Fame, there’s not much that this band haven’t accomplished in their five decades since forming.

They are the recipients of endless awards, including four GRAMMYs, eight American Music Awards, six Billboard Awards, and 12 MTV Video Music Awards, as well as crossing all genre boundaries taking home a Soul Train Award for Best Rap Single for their remix of Run DMC's "Walk This Way."

In January, Aerosmith will be honored by the Recording Academy with the 2020 MusiCares® Person of the Year. Along with scores of multiplatinum albums, Aerosmith continues to inspire generations till this day making them one of the most beloved bands of all time!

In 2020, the legacy continues as Aerosmith celebrates the 50th anniversary of their formation by playing a string of European shows across the whole European continent taking them from Italy to Germany.