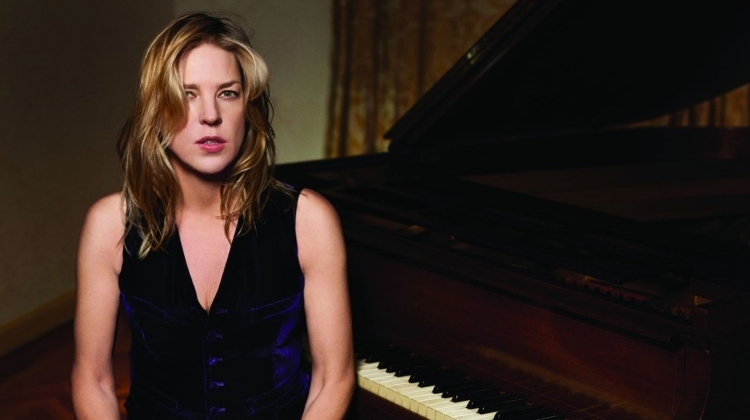 It is almost exactly three years to the day that Diana Krall performed for the first time on the stage of the Béla Bartók National Concert Hall to tremendous interest and acclaim.

Then, as now, Robert Hurst accompanied her on the double bass, with Karriem Riggins on drums. On this occasion, the addition of truly special guests, Joe Lovano and Marc Ribot, will make the evening even more magical.

In 2016, Diana bid farewell to the Müpa audience by playing four songs from her newest album, Wallflower, California Dreamin', the title song, Simple Twist of Fate and Ophelia. The applause took an age to die down, but Krall did eventually manage to leave the stage to enjoy a well-deserved glass of Tokayi wine.

Time passed and new records were made: May 2017 saw the release of Turn Up the Quiet, once again with Tommy LiPuma as producer and with support from the great American songbook.

The album was packed full of smoky, romantic songs for the evening hours. Then came 2018's Love Is Here To Stay, getting not just Krall's fans but also those of Tony Bennett all hot under the collar.

This was not the first encounter between Krall and Bennett: they toured together at the beginning of the 2000s, while Krall has also appeared on two of Bennett's duet albums. The two legends were also accompanied by the pianist Bill Charlap's trio.

Krall and Lovano know each other well after appearing together on stage in January 2017 during The Nearness of You, a benefit concert in memory of Michael Brecker. On this summer evening, we can be sure that Diana Krall will perform some of the finest songs taken from her entire musical career.