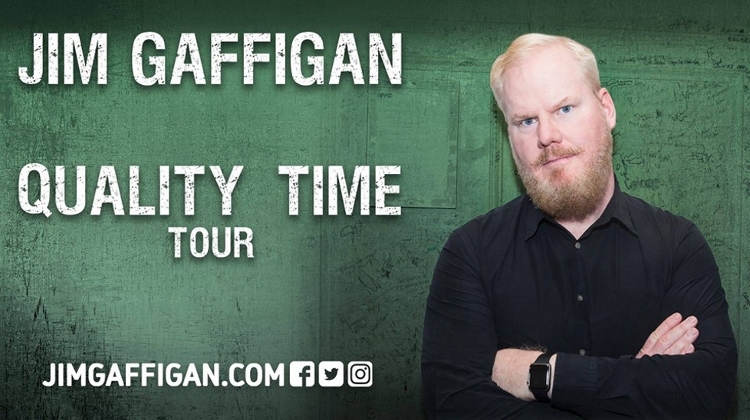 Jim Gaffigan one of the world’s highest-grossing stand-up comedians is coming to Hungary for the first time ever with his brand new show, the Quality Time Tour.

Star of multiple Netflix specials, including 'Cinco', Jim is one of only 10 comics in history to sell out Madison Square Garden and a few months prior, he had the honour of performing for Pope Francis and over one million festival attendees at the Festival of Families in Philadelphia.

In 2016, Forbes magazine named Jim as one of the world’s highest-grossing comedians and streaming service Pandora announced Jim was the most popular comic on the site.