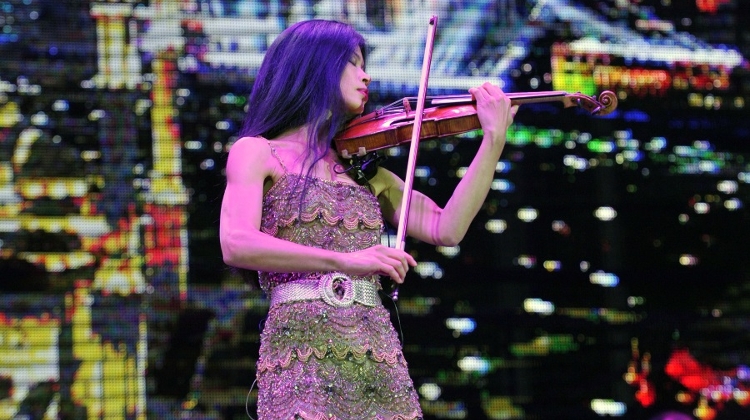 Vanessa-Mae Vanakorn Nicholson, known professionally as Vanessa-Mae (Photo courtesy of Northfoto), is a British violinist. Her music style is self-described as "violin techno-acoustic fusion", as several of her albums prominently feature the techno style with the classical style.

A former child prodigy, she became a successful crossover violinist with album sales reaching several million, having made her the wealthiest young entertainer in the United Kingdom in 2006.

At the age of eight she attended the Francis Holland School in central London, and at eleven, after her concert debut in 1988, she enrolled at the Royal College of Music in London.