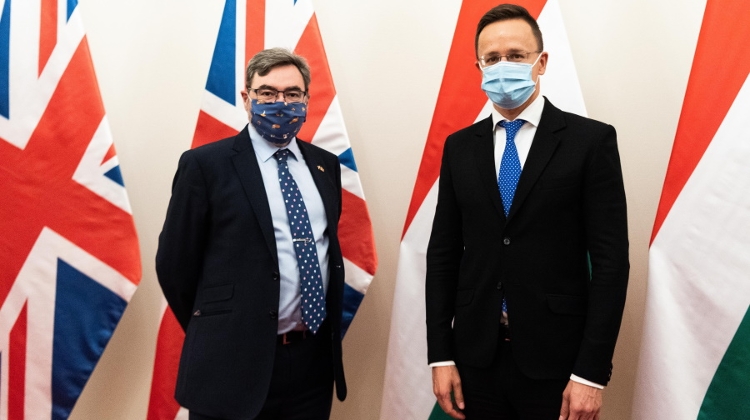 The United Kingdom aims to strengthen its ties with Hungary as it leaves the European Union, especially in the security and economic sectors and through interpersonal ties, Paul Fox, the UK’s new Ambassador to Hungary, told public broadcaster Kossuth Rádió.

Rather than letting bilateral ties wither, both countries have a vested interest in strengthening them by increasing the number of major British investors in Hungary, the ambassador said.

There is a lot the two countries can do together to fight climate change, Fox said.

Developing ties in education is also an important objective, he said.

Hungary and the UK are working to ensure that after the transitional period following Brexit, conditions of travel, study and work do not change for Hungarian citizens in the UK and vice versa, he said.

Such an arrangement is conditional on a comprehensive agreement with the EU, he added.

The United Kingdom has already registered over 100,000 Hungarians working there, the ambassador said, and added that Britons working in Hungary would soon receive information on new regulations affecting them.

Fox was appointed Ambassador to Hungary in September 2020.