Video: Hungary Steps Up Attacks On EU Over Rule Of Law Debate 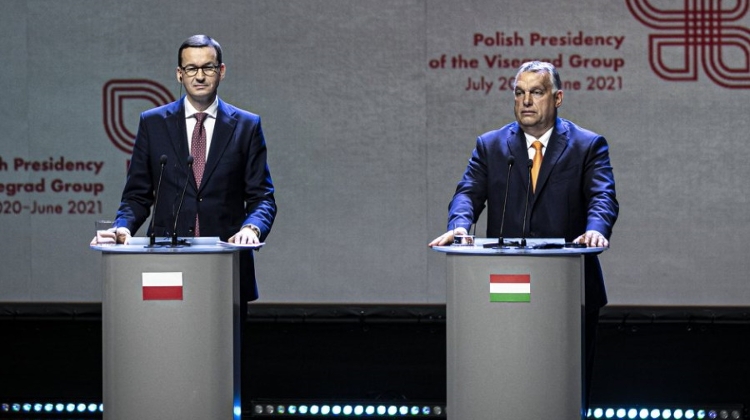 The Polish and Hungarian leaders have been joined by Slovenia in rejecting the EU's plan to link funds to respect for the rule of law.

The European Union introducing a rule of law mechanism for the distribution of EU funds is “about blackmail”, Justice Minister Judit Varga said in an interview published online by conservative German daily Frankfurter Allgemeine Zeitung.

Commenting on a debate about linking the rule of law to the distribution of EU funds, Varga said “Poland and Hungary got to feel what it is really about: Not about values, but about the usual blackmail of those countries that do not follow the majority trend in fields such as migration or the family.”

Brussels wants to use funding due to member states to support immigration, the government said in a statement.

“For years, Brussels has been working to turn Europe into a continent of immigrants,” the statement said. Now “Brussels bureaucrats” want to make funding contingent on a willingness on the part of member states to allow migrants into the country, adding Brussels only regarded countries that supported immigration as adhering to the rule of law.

“We Hungarians have said ‘no’ to that many times, however,” the statement said. “We want nothing to do with the pro-migration policies of Brussels…”

The government said that when some states teetered on the edge of an economic crisis, Europe needed fast economic aid rather than migrants.

The statement said Hungary was willing to vote for “an economic plan or financial package” to help them but “we find it unacceptable that such issues should be tied to migration under the pretext of the rule of law”.

“Irresponsible” policies of pro-migration forces undermine European unity and jeopardise the response to the crisis, the statement added.