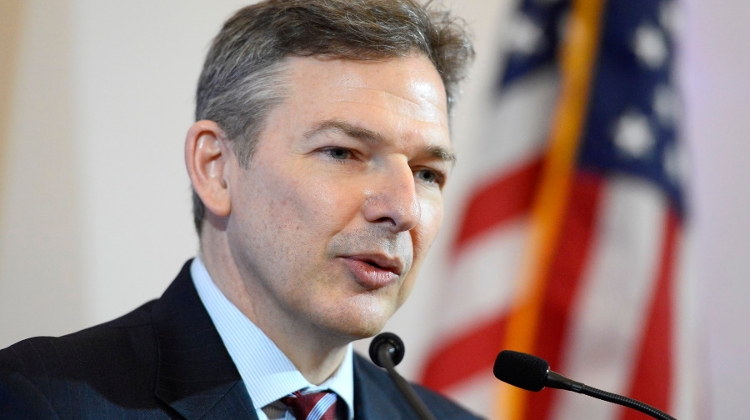 The amount of US Fulbright scholarship funds available for Hungarians will be doubled from Ft 200 million to Ft 400 million by 2022, state secretary Zsigmond Perényi of the Innovation and Technology Ministry announced on Monday.

The Hungarian government will increase its contribution from Ft 50 million to Ft 200 million in order to match the US contribution. Four former ministers and 20 ambassadors have received Fulbright scholarships, Perényi underlined.

The Fulbright programme was launched for Hungary in 1978, and it has operated it jointly with the US since 1992, Deputy Chief of Mission Marc Dillard of the US Embassy in Budapest said (pictured on top).

According to head of the exchange programme committee Károly Jókay, the number of Fulbright scholars could be increased from 40 to 60 by 2022.