Coronavirus: Theatres, Museums, Libraries & Some Cinemas To Be Closed In Budapest 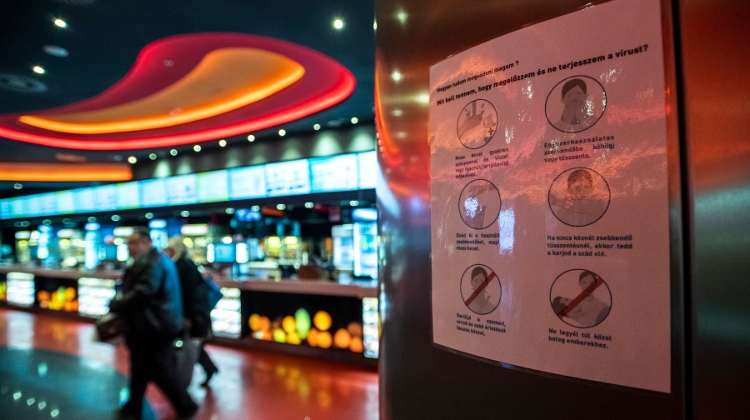 All city run cinemas, theatres, museums and libraries are being closed down for the time being in connection with the new coronavirus, Gergely Karácsony, the city’s mayor, announced.

Performances will be suspended in all cinemas (Cinema City cinemas are open with limited capacity of 99) and theatres maintained by the municipality, while museums and all branches of the Szabó Ervin Library will be closed.

Whereas the decision will have “a severe impact” on the capital’s institutional network, it is necessary to minimise the risk of an epidemic, he added.

Efforts are being made to reduce the risk of the virus’s spread on public transport, with ticket sales on vehicles stopped on Friday. Meanwhile, passengers can board buses using all doors.

He said the municipality urged the government and employers to think about introducing staggered work times so that fewer people use public transport at peak times.

Employers, he said, should allow as many employees as possible the chance to work from home. Budapest will inform passengers about the latest developments concerning the protection of public transport vehicles on information boards in the coming days, he added. Karácsony has also asked the government to draft a protocol for handling an epidemic when it came to the use of public transport.

On the topic of municipal cooperation with the central government, the mayor said the government’s decisions determined many of the capital’s actions, yet, he insisted, there was a lack of adequate information.

Decision-making should be transparent and all government decisions should be implemented strictly, he said. “We don’t want to bandy about advice to the government, but we feel its recent decisions are unlikely to stand the test of time, and that new, braver decisions will be needed,” he said.

Deputy Mayor Kata Tüttő said no restrictions have been placed on use of the capital’s thermal baths and spas yet, but the national operative board in charge of handling the new coronavirus was expected to advise on the matter.