Coronavirus: Hungary Not Leaving Anyone Without Support Says FM Szijjártó 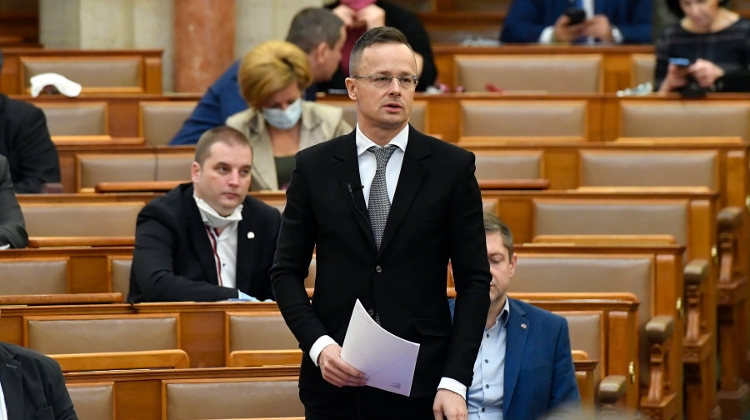 The government will not leave anyone in Hungary without assistance, the foreign minister said in parliament, adding that “we will bring Hungarians stranded abroad back home and we will restart the economy”.

Péter Szijjártó said that the government had acted in a timely manner to ensure that the country has sufficient supplies to fight the coronavirus epidemic. He noted that seven aircraft had arrived in Hungary with such supplies last week and another 20 cargo flights with “hundreds of tonnes” of supplies are expected.

The deliveries will include over 10 million face masks, 2.5 million rapid tests, 100,000 protective clothes, 300,000 pairs of gloves, and over 2,000 respirators to help the country with its efforts and ensure protection for health care workers, the minister said.

On another subject, Szijjártó said that Hungary was conducting “the greatest repatriation operation in modern times”, helping thousands of Hungarians return home from other countries.

So far, the government has thus helped 5,538 Hungarian nationals, and is working to make travel arrangements for another 2,026, he said.

Currently, there are 477 Hungarians stranded in the United States and Canada, and the government will send two aircraft on Tuesday to bring them back, Szijjártó said.

In South America and in the Caribbean there are 243 Hungarians waiting for help, he said, adding that “the European Union has been late with its coordination” and the government is working with other central European countries.

Hungarians will be flown back from India in cooperation with Poland, Szijjártó said. Over 200 Hungarian employees will be taken home from Kazakhstan, he added.