Chief Medic: Covid-19 Transmission Rate Appears To Be Levelling Off In Hungary 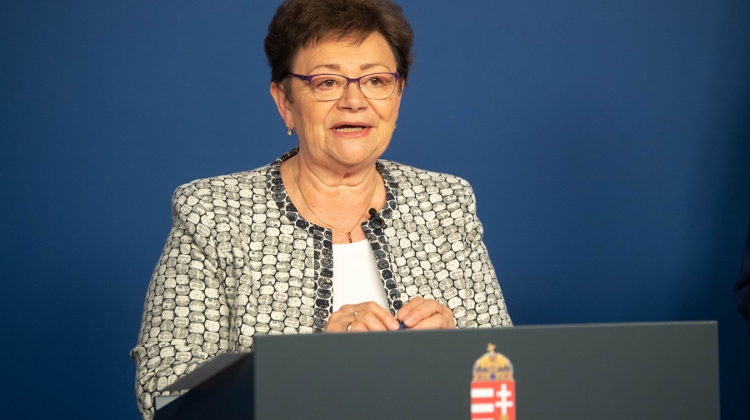 Infected persons are being treated in 25 hospitals around the country, most of them in Budapest, the Chief Medical Officer said at the Wednesday online press conference of the Operational Group responsible for the containment of the coronavirus epidemic.

Cecília Müller said by Wednesday the number of coronavirus patients had risen to 2,727, 536 recovered patients had been released from hospital, and since the beginning of the epidemic, 300 persons had died in connection with the infection.

The inspection and disinfecting of elderly care homes are still ongoing. Units of the defence forces have completed the disinfecting of 300 such institutions, Ms. Müller indicated, thanking at the same time the participating soldiers for their “heroic” contribution.

In elderly care homes in the capital, 360 persons have been infected and 49 of them have died, she listed.

Ms. Müller recalled that the government had already made the redemption of electronically prescribed medicines easier earlier. From now on, this measure will also be extended to medical aids.

She said the goal is to ensure that the organisation of the final examinations should result in minimal stress for families.

Therefore, she asked secondary school students now taking their final examinations to observe the hygienic and distancing rules determined by institutions, and to ensure that only the healthy should attend the examinations.

In answer to questions, she said the possible relaxing of restrictions has been made possible by the fact that the epidemic situation is balanced, and the number of daily new infections has not risen for almost a week.

The total infection rate among the population is likely to remain around one per cent, she added.

She also highlighted that after the ban on admissions imposed in the Tatabánya hospital, patients in the catchment area will be received by the Győr, Székesfehérvár and Esztergom hospitals.

She finally said there was and also at present there is an attending physician working at the Mezőszilas elderly care home.

Meanwhile, a spokesman for the central board coordinating efforts against the epidemic said that the government, at its meeting on Wednesday, would discuss changes to curfew rules to be brought in from May 3 on.

Róbert Kiss said that the epidemic is “in its second phase when restrictions can be eased gradually, according to a strict schedule”.

Currently over 10,000 people are in home quarantine, Kiss said, adding that quarantine regulations have been violated on 1,325 occasions since March 12.

Kiss said that on Tuesday the police fined 371 violators of curfew regulations and filed 311 criminal complaints.

So far 78 people have been prosecuted on charges of spreading coronavirus-related rumours and 89 others on charges of fraud, he said.