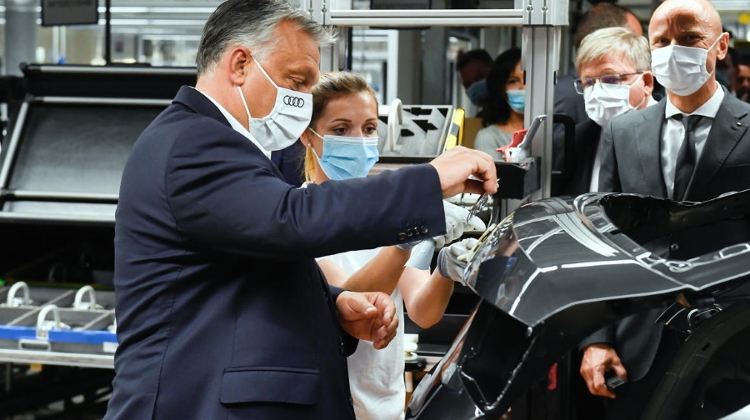 Engine and vehicle production resumed at the Audi plant on Monday. Orbán said even “world-class factories” such as Audi’s were susceptible to the virus pandemic, and its Hungarian plant, too, would require government help.

Orbán pledged to help all workers and engineers working at the plant and to provide financial support for the factory to operate at full capacity.

“Not only will we survive the crisis, but we will emerge from it stronger”, the prime minister said.

He added, at the same time, that it was crucial that factory owners, managers and workers “make good deals”. “Jobs can only be protected through deals,” Orbán said.

The prime minister said it could take up to two years for factories to begin planning capacity expansions aiming beyond pre-virus levels.

Orbán called the Audi plant the “bastion of Hungarian industry” and the “pride of the nation”, noting that Audi has invested more than 11 billion euros in the now environmentally-neutral plant. Orbán’s visit to the plant coincided with the plant ramping up to three shifts.