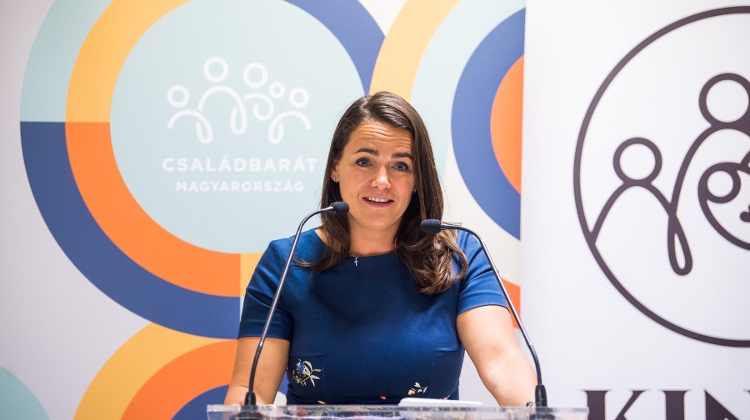 The state secretary for family and youth affairs has written a letter to the Party of European Socialists (PES) to inform them about recent “unacceptable” remarks by an opposition Democratic Coalition (DK) mayor of Budapest’s 11th district.

DK’s MEPs belong to the PES group in the European Parliament.

Katalin Novák said in her letter posted on Facebook that the international media which carry reports about Hungary “regularly misinform the public” and had failed to report the mayor’s remarks concerning Adolf Hitler.

Novák said that Imre László, the mayor of Budapest’s largest district, had told a district meeting on June 25 that Hitler was voted Man of the Year by Time magazine “in ’36 or ’37”, and deservedly so.

She added that László had reasoned that Hitler’s achievements by that point had resulted in the spectacular rise of Germany after the global economic crisis. “I trust that praising Hitler is not acceptable in your party,” she said in the letter addressed to the PES group leader.

“I believe that the reason you have not reacted to his comments so far is that none of the biased reports about our country include the unacceptable remarks from the Hungarian left,” she added, calling on PES to condemn them “in the usual public and resolute manner”.

“Since both of their Hungarian member parties openly cooperate with the far-right Jobbik party, perhaps the time has come to ask how long the Socialist and Democrat factions will tolerate this,” she added.

The DK politician has since issued a statement apologising for his remarks.