Investment Volume In Hungary Falls After Years Of Expansion 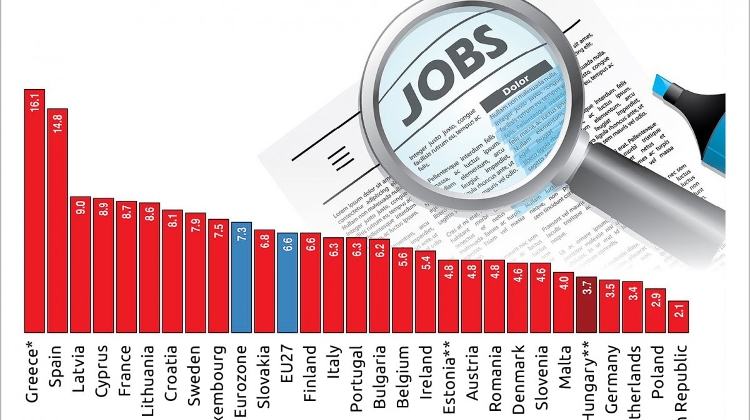 The main reason for the decline in investment volume in the first quarter of the year is not the oft-blamed coronavirus pandemic, but the decrease in utilization of EU funds. The fallback on a yearly basis was somewhat of a surprise for analysts, and the effects of the pandemic are yet to be seen in the next quarter.

The long-lasting expansion of investment broke in the first quarter of 2020: the extent of the decline was 1.8%, according to data released by the Central Statistical Office (KSH). In absolute terms, investments came to HUF 1.796 trillion (EUR 5.1 billion) during the period.

Investment performance in the case of enterprises employing at least 50 people and realizing 58% of investments increased at a rate below the average growth of the previous quarters, by 4%. In this trend, high volume completed green field investments conducted by foreign owned enterprises played a role.

At the same time, in the case of budgetary units, realizing 10% of investments, developments were down by 17% compared to the base period, partially as a result of the smaller volume of implemented EU-financed projects in the current quarter.

The highest growth characterized investments in agriculture, forestry and fishing (31%), partially as a result of fodder mixer machines and breeding stock acquisitions. The second largest growth was registered in the field of information and communication (28%).

Not Only the Virus to Blame

In the previous quarter, investment volume grew by 5.9% on a year-on-year basis, which was the lowest rate since the end of 2016. However, the preceding quarters still saw more robust growth: the KSH registered 15%, 19% and 26% annual expansion in the third, second and first quarter of 2019, respectively.

Investment volume has been steadily growing since the first quarter of 2017; however, early signs of a possible slowdown were there in the past year.

Business site portfolio.hu says that investments started to lose momentum a year ago and, albeit the coronavirus pandemic contributed to the process in the past few months, the main reason is the decrease in the utilization of EU funds which caused a setback in large-scale state projects.

Due to the pandemic and the high base of the past years, investments might fall back to a small extent this year, Takarékbank analyst Gergely Suppan said in a note. As for the full year, the analyst expects a 3-5% decrease in investments, although the investment rate that reached 28.3% last year might remain at a similar level, he added.

In the meantime, the second estimates of first quarter GDP data confirm that the Hungarian economy so far performed better than its peers amidst the coronavirus pandemic.

The volume of gross domestic product was 2.2% higher in Hungary in the first quarter of 2020 than in the corresponding period of the previous year, the second reading of the figures confirms the first estimates.

The extraordinary situation resulting from the coronavirus pandemic had a negative impact on the performance of most sections, but market services and, to a lesser extent, industry continued to be the driving forces for growth in the first quarter as a whole.

Hungary’s economy will recover from the fallout from the coronavirus pandemic faster than previously expected, Prime Minister Viktor Orbán told public radio a week ago. “I think that we will return to previous levels of economic output much faster than we had expected earlier,” he said.

Numbers to Watch in the Coming Weeks

KSH publishes April industry data today (Friday, June 5): analysts expect a further decline following a 5.6% decrease in March, due to the impact of the lockdown. On June 9, May consumer prices will be out, followed by the April performance in the construction sector on June 15.