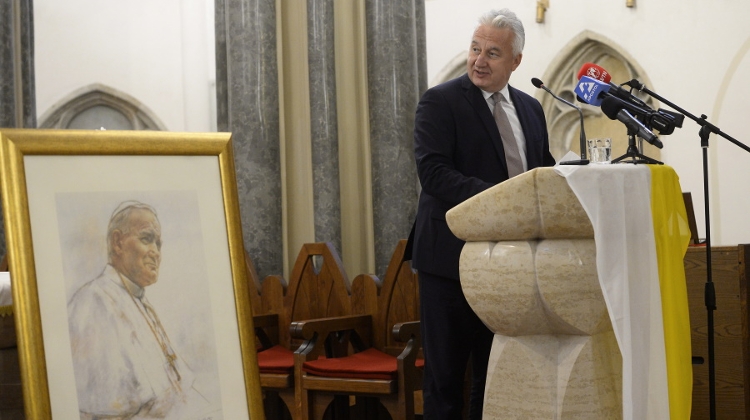 The life of St. John Paul II was an “open book”, Deputy Prime Minister Zsolt Semjén said at a presentation of a book marking the former pope’s 100th birth anniversary.

John Paul II’s decades of service to the church, his role on the world political stage, his pastoral visits and theological teachings were known all over the world, Semjén said at the event in Budapest’s Inner City Parish Church.

The Second Vatican Council allowed the Catholic Church to “open a window to” the modern world, Semjén said, adding that this opening up of the church had become a reality under John Paul II’s many foreign trips.

Jerzy Snopek, Poland’s ambassador to Hungary, said that whatever differences Poles may have amongst each other, they all agree that they had the Polish pope to thank for the values of human dignity and freedom.

Becoming pope during central and eastern Europe’s communist era led to Karol Wojtyła playing a significant role not just in spreading the gospel, faith, hope and love but also in the liberation of the region’s countries from communist rule, the ambassador said.

The 336-page book presenting the pope’s life largely through commemorative stamps was commissioned by the Polish Institute in Budapest. Its publication was also supported by the institute along with the Hungarian government.