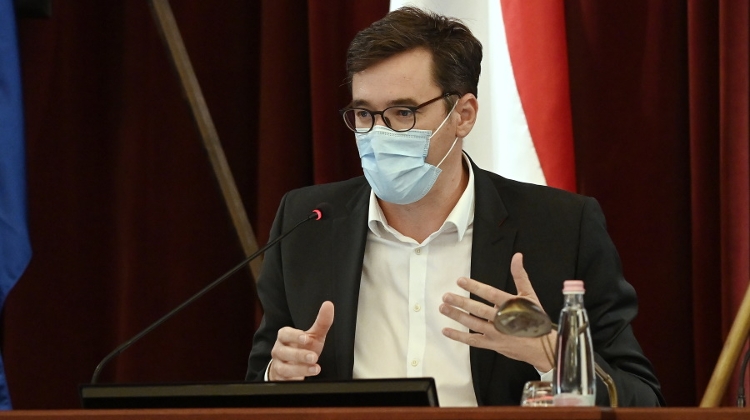 The Budapest municipality owns 135 billion forints (EUR 377.2m) in bonds and more than 27 billion in cash, according to the city council’s balance sheet report submitted on July 20, the Hungarian State Treasury said.

In an interview to public current affairs channel M1 on Saturday, Prime Minister Viktor Orbán called on the municipality to come to the aid of employees of the hospitality sector, which has been badly hit by the coronavirus epidemic.

“It is good news” that the city has some 100 billion forints at its disposal to use as it sees fit, Orbán said.

Budapest Mayor Gergely Karácsony responded on Facebook on Sunday, saying the capital did not have money to take over the responsibilities of the central government.

He insisted that the city was “150 billion forints in the red”, and that alongside the contraction caused by the coronavirus epidemic, the government’s austerity measures had eroded the municipality’s resources.

Karácsony called on the government to allocate half of the funding from the European Union’s recovery package to local governments, in proportion to their population.

Meanwhile, leaders of the opposition Socialists and Párbeszéd said that helping out the tourism sector hit by the novel coronavirus epidemic was the job of the state and 50 billion forints support should be paid to businesses in the sector from the national crisis management fund.

Karácsony, who was re-elected as co-leader of Párbeszéd last weekend, told an online press conference broadcast on the Socialists’ Facebook page that a proposal by the Fidesz-Christian Democrats group in Budapest for the municipal council to pay for this task had been ‘hypocritical’.

In addition to the extra costs incurred, the coronavirus epidemic also resulted in significant funding drawn away from the municipal council, which, he added, lacked the resources to take over state tasks.

Socialist leader Bertalan Tóth said the government was treating businesses in Budapest like “stepchildren”. He called on the government to support Hungarians SMEs instead of lining the pockets of oligarchs.