George HW Bush Statue To Be Unveiled Soon In Budapest 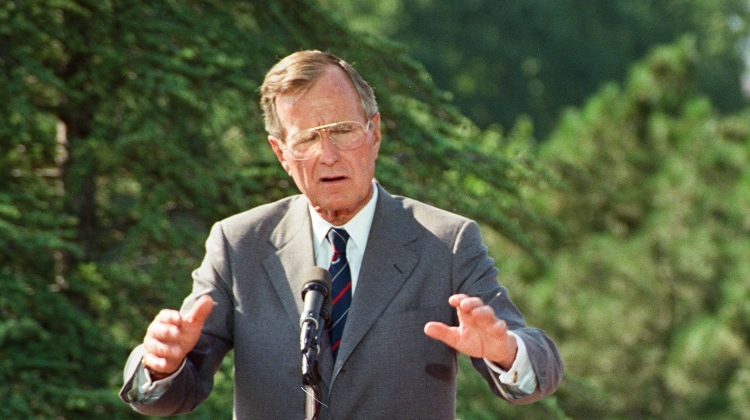 The Hungarian government is to unveil a statue of George Herbert Walker Bush, the 41st President of the United States, to Budapest to mark the 30th anniversary of the fall of communist rule in central and eastern Europe.

According to a joint statement by the head of the Prime Minister’s Office, Gergely Gulyás, and the US Ambassador to Hungary David B. Cornstein on Sunday, the statue will be unveiled in Szabadság Square, nearby the US embassy, on October 23.

It said appreciation and gratitude “to the statesman who helped shape the future of Europe and Hungary” would thereby be expressed by both countries, adding that Bush had stood up for democracy and opposed the communist dictatorship.

The statue of Bush Sr, the first US president to visit Budapest while in office, will stand next to an existing statue of President Ronald Reagan, symbolising, in Reagan’s words, the common struggle of these two leaders to eliminate “the evil empire”.

President Bush contributed indelibly to the renewal of relations between the two countries, the statement said.