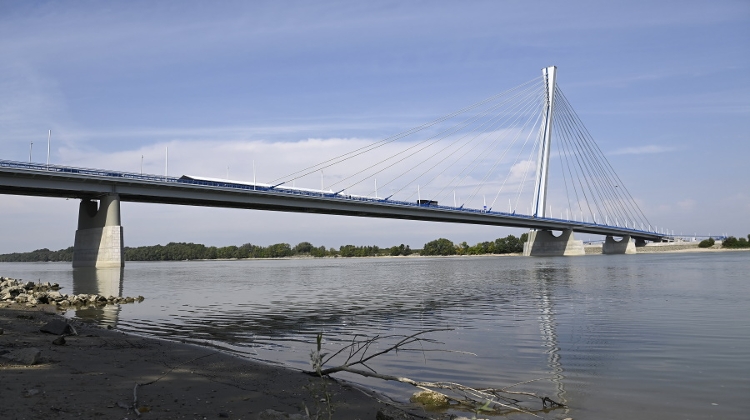 “Europe is being built in central Europe, by Hungarians, Slovaks, Czechs and Poles,” Orbán said.

“Building bridges is equivalent to building the future.” He said that now Danube  connected Hungarians and Slovaks rather than dividing them. “History shows that success comes to those who stand together,” he added. 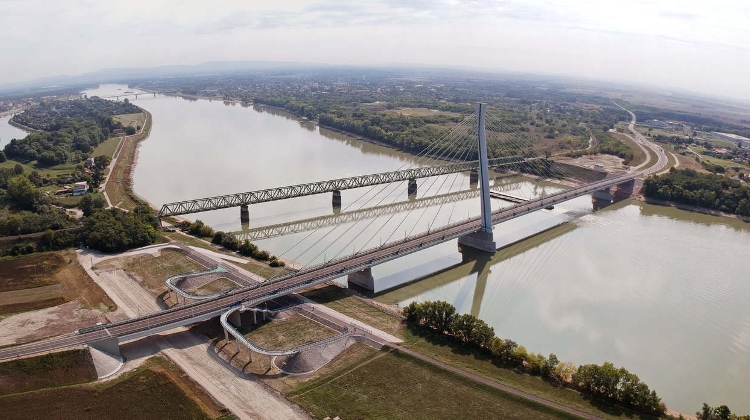 Hungary and Slovakia, located between Germany and Russia, have a strategic relevance, Orbán said. “If we do not organise the region, foreign powers will instead,” he said, adding that organising the region was only possible if the Czech Republic, Hungary, Poland and Slovakia cooperated. Road and railway networks are key to the EU’s competitiveness, Orbán said.

In funding the new bridge, the EU participated in “one of the best investments of its history”, he said. By 2025, there will be nine Hungarian motorways extending to the borders, he said.

In the near future, Hungary plans to complete the Hungarian stretch of a motorway linking Poland and Greece, he noted.

Another “grand plan” is to build a railway network linking the capital cities of the Visegrád countries, he said. 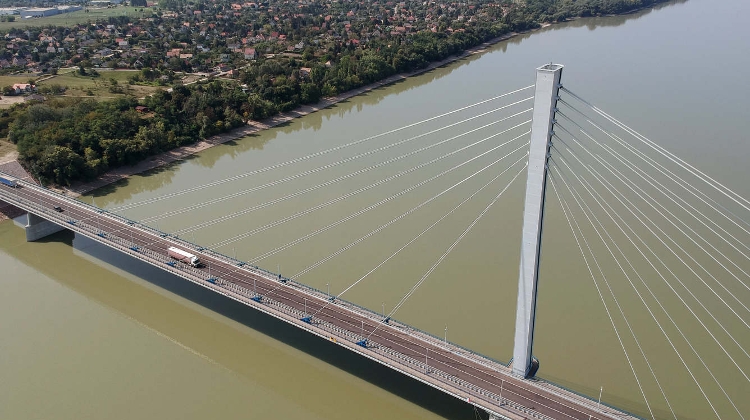 The new rail line is expected to reduce travel time between Budapest and Warsaw to five and a half hours from the current 11-12 hours while the trip from Budapest to Bratislava would be cut to an hour and a half, Szijjártó told reporters ahead of the inauguration of a new bridge spanning the Danube between Hungary and Slovakia near Komárom, northern Hungary.

The Hungarian section of the line will run from Budapest to Győr in the north-west, he said, adding that talks are ongoing on whether it should cross into Slovakia between Győr and Dunajska Streda (Dunaszerdahely) or at Rajka.

The investment will allow central Europe’s economic growth to enter “a completely new dimension”, Szijjártó said, noting that the high-speed railway would be the first in the region.

The rail line would run on its own tracks and would be suitable for trains up to a speed of 350kmh, he said.