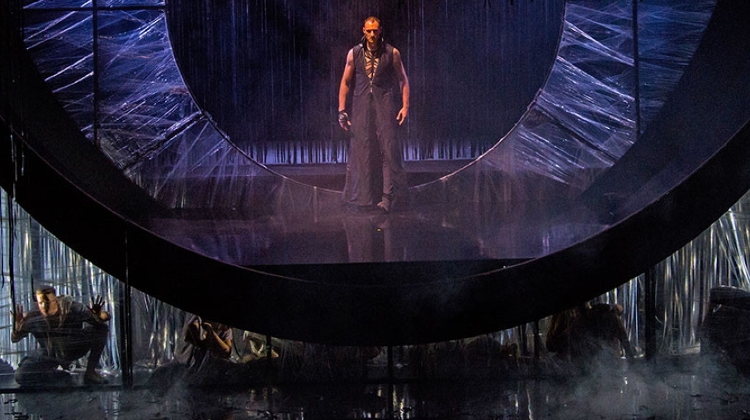 Carmina Burana is a compelling theme, a great task and a wonderful challenge for a choreographer, which will attract any artist sooner or later.

Orff’s composition elevates medieval student songs to a higher level. The sublime music is inspiration to a choreographer’s confession.

The creator’s motivation is the worry for mankind and humanity, our moral survival and for our souls caused by our self-destructive, automated world. At the same time, this work is a celebration of the sanctity of life, flashing a glimmer of hope for a better future.

Balázs Vincze is az artistic director, director-choreographer who is well aware of the tastes of dance fans with a liking for civic theatrical traditions, and has an excellent track record in adapting popular literary classics to the dance stage, He has a great sense of proportion for making the action understandable in the language of dance.

His contemporary choreography based on classical foundations is special and spectacular with high professional quality, while also being understandable and audience-friendly. Vincze’s works are always inspired by the company, he usually starts from the characters.

The character portraying and performing skills of the Ballet Pécs dancers makes every production unique and special. This is the key to their success, which resulted in Vincze’s choreographies playing to full houses in the Pécs National Theatre, in the Budapest venues organised by the National Dance Theatre, as well as all over Hungary and the world.